I can’t fathom why Yuzvendra Chahal is omitted from the T20 World Cup squad: Virender Sehwag 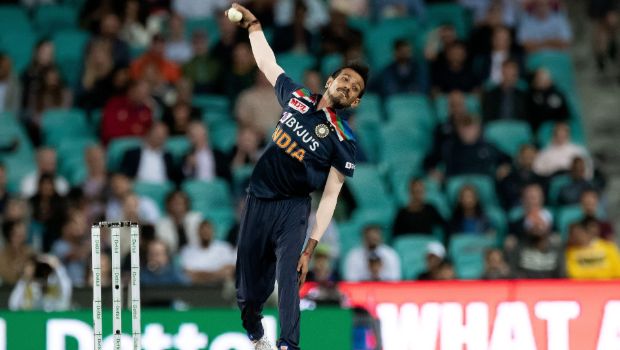 Chahal hasn’t been in the best of forms in the last couple of seasons and thus the national selectors decided to exclude him from the T20 World Cup squad.

Sehwag feels Chahal can walk into any T20 team as he has got great skills. The leg-spinner has all the experience under his belt and he would have added value to the T20 team. However, the Chetan Sharma-led selection panel decided to pick Rahul Chahar, who has impressed while playing for Mumbai Indians but doesn’t have a lot of experience.

On the other hand, Chahal was at his absolute best against defending champions Mumbai Indians at the Dubai International Cricket Stadium on Sunday. Chahal scalped three wickets and conceded only 11 runs in his four overs to help his team bowl out the opposition for a meager score of 111 runs. The leg-spinner accounted for Quinton de Kock, Ishan Kishan, and Jasprit Bumrah as he bowled a top spell.

Virender Sehwag said while talking to Cricbuzz, “Chahal was bowling well in the past also. I can’t fathom why he was omitted from the T20 World Cup squad. The selectors should provide an explanation. It’s not like Rahul Chahar bowled extraordinarily in Sri Lanka. The way Chahal is bowling, he will be an asset for any side in T20 cricket.’

“He knows how to bowl in his format, how to take wickets. The game was set up today by (Glenn) Maxwell and (Yuzvendra) Chahal. They took wickets in the middle orders which led to a turnaround,” said Sehwag.

On the other hand, former Indian fast bowler Ashish Nehra added that he will always back experience for a big tournament like the T20 World Cup. India has picked five spinners in their squad as Ravindra Jadeja, Axar Patel, Ravichandran Ashwin, Rahul Chahar, and Varun Chakravarthy make the cut.

“I’ll always go back to experience a tournament like the World Cup. It’s not like Rahul Chahar has done something extraordinary or Chahal has done extremely poorly.”

“It’s not that Chahar hasn’t done well, but Chahal has been playing for a long time. In international cricket, a youngster gets a chance either when the incumbent is performing poorly or when the former turns out to be a rare talent. Neither is true in the current context,” continued Nehra.

Chahal will look to continue his good form for RCB and prove his mettle once again.