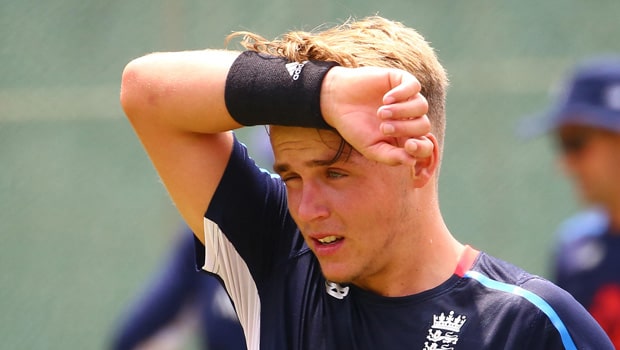 England’s all-rounder Sam Curran believes he improved as a player and came back as a much better player after plying his trade for Chennai Super Kings in the previous season of the IPL. Curran was roped in by CSK in IPL 2020 auction for INR 5.50 crores and he was able to justify his price.

The all-rounder was able to deliver the goods for the MS Dhoni-led team as he scalped 13 wickets in 14 matches at an average of 26.46. Furthermore, the left-hander scored 186 runs in 11 innings at an average of 23.25 and a strike rate of 131.91. Curran had also opened in a couple of innings for the three-time champions and had provided quick starts.

The left-hander had also provided the finishing touches to the team’s total in some of the matches. Thus, Curran was able to grow in confidence after delivering in the best T20 league in the world.

“I definitely came back a much better player after the IPL in Dubai last year. I had to play many different roles and got challenged in many different ways, which I really enjoyed and I think it has benefitted my game,” said Sam Curran in the press conference ahead of the T20I series against India.

On the other hand, Chennai Super Kings had a disappointing season as they finished at the seventh position as they could only manage six wins in their 14 league stage matches. It was for the first time when CSK failed to qualify for the playoff stages ever since the inception of the IPL. However, Curran was one of the big positives for CSK in IPL 2020 along with Ruturaj Gaekwad.

Sam Curran will look to make the most of his IPL experience and deliver the goods for England in the upcoming T20I series against India. The first T20I will take place at the grand Narendra Modi Stadium, Ahmedabad on March 12.