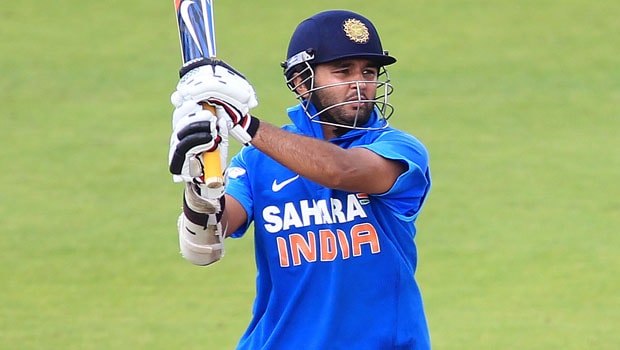 In fact, Parthiv Patel made his debut for the Indian team before MS Dhoni took the cricket world by storm. So logically, Dhoni might not have got his chances had Parthiv Patel grabbed his opportunities. However, as Patel could not come up with consistent performances, he lost his place to MS Dhoni.

Once Dhoni announced himself at the big stage, there was no turning back for him. He was bestowed with the captaincy duties early on in his career and led India to glory in 2007 World T20, which completely changed the game as that triumph had a big role in the inception of the Indian Premier League.

Consequently, it was always going to be a difficult road back for Parthiv Patel in the Indian team as Dhoni had set the benchmark to new heights.

“I don’t see myself as unlucky to be playing in the Dhoni era. I started my career before him, and I had the opportunity to perform before him,” Patel said during an interaction with Fever Network’s ‘100 hours 100 stars’.

“Dhoni came into the team because I did not have a couple of good series and I was dropped. I know people can say it just to gain sympathies that I was born in the wrong era. But I don’t believe that,” he added.

“Whatever Dhoni has achieved was something very, very special and he achieved because he made sure of the opportunities he received. I don’t feel unlucky at all,” Patel added.

In fact, it was not only Patel who had faced the brunt of the Dhoni’s era, other keepers like Dinesh Karthik, Deep Dasgupta could not establish their place in the side once the boy from Ranchi came along.

Meanwhile, the same can be said for a lot of talented batsmen who could not make into the Indian team during the reign of Virender Sehwag, Rahul Dravid, Sachin Tendulkar, Sourav Ganguly and VVS Laxman.