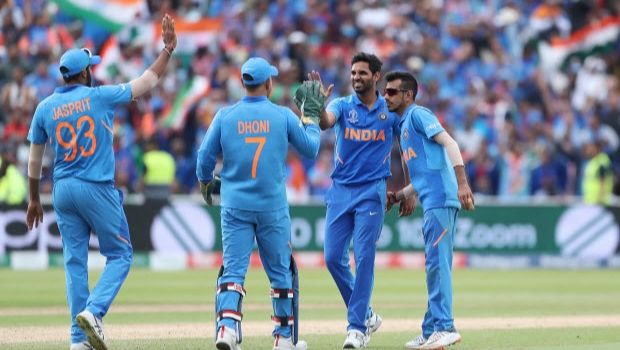 India seamer Bhuvneshwar Kumar says he can’t give a timeline on his return to action.

According to the Uttar Pradesh player, he is unsure when he will make a comeback to competitive cricket as he will have to hear from a specialist. It means he is yet to be ascertained whether a surgery is required to treat his sports hernia.

Expected to be out for an indefinite period, Kumar is not ready to start any blame game by pointing accusing finger to the National Cricket Academy (NCA) for allegedly mishandling his rehabilitation.

Surprised as to why his hernia couldn’t be detected earlier, the seamer who is not thinking about World T20 which is still nine months away from said the thing for him is to get fit, which is he doesn’t know when that will be.

Speaking with PTI in an exclusive interview, the 29-year-old defended the NCA and said it’s best the BCCI brass deals with it.

He, therefore, stated that the matter is up to BCCI to decide on the next step they are going to take, adding that they must have had a chat with the NCA.

The Meerut man, who has played 21 Tests, 114 ODIs, and 43 T20 Internationals, also said it’s an individual’s responsibility if players wanted to go to the NCA or not.

Speaking on his recovery process, Kumar said he awaits the doctor’s appointment, which will provide a clearer picture of either there will be a need for surgery or not.

Although he noted that the standard procedure in case of hernia injury is surgery, he said that has to be confirmed after the said appointment, and he is not sure where it’s going to be.

Kumar, who was out of action due to side strain during the tour of the West Indies, had returned to action against the same side in the T20 series earlier this month before being sidelined again.

While stating that injuries can be frustrating at times, the seamer said he is not at all heartbroken as it is part and parcel of the sportsmen’s journey.

He noted that he was in good form against the West Indies, intending to get back to his best, which has now been hampered by injury.

When asked if there will be a fight between him and the other injured seamer Deepak Chahar who is also out with stress fracture for a place in the T20 World Cup squad, Kumar said it would all boil down to performance as matters concerning selection is not in his hands since it’s not his job to do so.