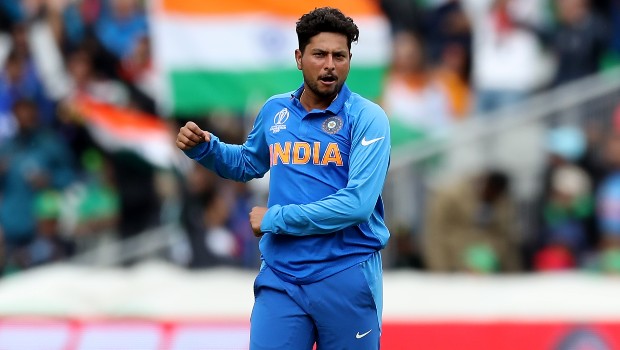 India’s chinaman spinner Kuldeep Yadav has often given credit to former skipper MS Dhoni for his success. Dhoni had all the experience under his belt and his golden words worked like magic for the wrist spinner. However, it has been a different ball game altogether as Dhoni has not played for the national team since the World Cup.

Dhoni’s absence has left a huge void in the team and the Indian spinners, Yuzvendra Chahal and Kuldeep Yadav have not enjoyed the same success as they used to. Kuldeep has played three T20Is after the World Cup in which he has scalped four wickets at a high economy rate of 10.37.

On the other hand, the left-arm spinner has taken 10 wickets in eight ODIs at a mundane average of 48.90. However, Kuldeep reckons he is not fully dependent on MS Dhoni and he wants to hone his skills.

“Mahi bhai has always guided me, because the wicketkeeper is always the best judge of the bowler. Someone like Mahi bhai is experienced and has an idea about how a batsman plays. All of this is teamwork. Just because Mahi bhai hasn’t played after the World Cup, I don’t need to prove anything to anyone. I don’t need to say if I was dependent on him. I can just work towards bettering my craft and as I said, it’s teamwork,” said Kuldeep Yadav while talking to Times of India.

Meanwhile, MS Dhoni is always known to stay two steps ahead of the opposition and he knows what the batsman is trying to do. As Dhoni has great experience under his belt, he can suggest the spinner to bowl accordingly.

Kuldeep Yadav has impressed with his skills and he has got the variations under his belt. However, he hasn’t been at his best after the World Cup and thus he has been dropped from the final XI on some occasions. In fact, Virat Kohli has selected one spinner between Chahal and Kuldeep as Ravindra Jadeja has been in sublime form.

Kuldeep Yadav has scalped 104 wickets in 60 ODI matches whereas the Uttar Pradesh spinner has snared 39 wickets in 20 T20I matches. Thus, Kuldeep has done a fine job for the national team and he would like to roar back into form when he will return back to action.

On the other hand, Yuzvendra Chahal had said on 15 June that MS Dhoni deserves 50% of the credit for his and Kuldeep Yadav’s success in the last three years.