I don’t think anyone needs to even apply anymore: Sunil Gavaskar after Rahul Dravid applies for head coach role 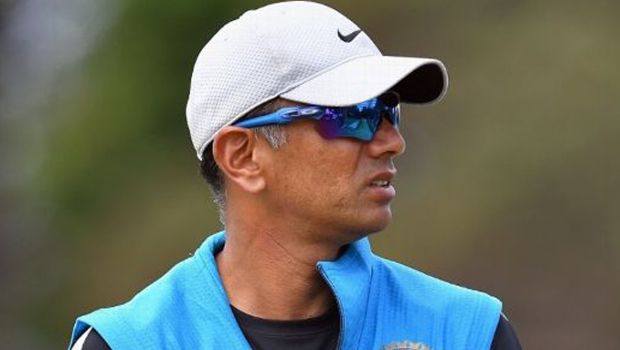 Former Indian legendary batter Sunil Gavaskar believes no one needs to even apply for India’s head coach role after Rahul Dravid formally applied for the role on Tuesday.

Dravid is the front contender to take over the baton from incumbent Ravi Shastri as his contract will expire after the ongoing T20 World Cup.

It was earlier reported that Dravid was reluctant to take up the prestigious job. However, Dravid was convinced for the role by BCCI president Sourav Ganguly and secretary Jay Shah in a meeting before the IPL 2021 Final.

Dravid is known to get the best out of the young players and he had done a fabulous job as an Under-19 and India A head coach. The former Indian skipper is currently the director of the National Cricket Academy in Bangalore. It is also reported that former Indian batter VVS Laxman might take over as Director of the NCA.

Speaking to Sports Tak, Sunil Gavaskar said: “Without a doubt. I don’t think anyone else even needs to apply anymore. The way he has handled the Under-19 team, given them direction, the manner in which he has worked at the NCA, it just shows his capability… not only inside the ground but out of it as well. He is good at administrative duties too; he has that capability. And that is why I think him applying for the post is just a formality.”

On the other hand, former Indian player Madan Lal also believes Dravid applying for the head coach role is the best thing that has happened.

“As Sunny Bhai mentioned, he already has led India A and Under-19 teams to so many tours and recently even coached the national team in Sri Lanka, so when you start coaching from a junior level, you know the players that have come through the ranks,” Madan Lal said.

“This is the best thing that has happened. He has graduated from the bottom and there can’t be a better candidate. He has a calm demeanor and has several qualities that will help the Indian team go even higher,” he added.

Meanwhile, BCCI is yet to make the final announcement on the head coach role but it is anticipated that Rahul Dravid is going to be a clear favorite to take the role.