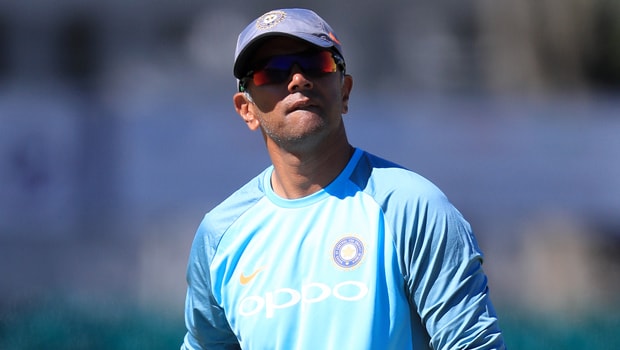 Former Indian skipper and the current director of the National Cricket Academy Rahul Dravid reckons that they are not in a position to resume cricket in India. The coronavirus cases are shooting through the roof as the country has recorded 4,12,210 cases whereas 13,254 people have lost their lives as on June 21.

Meanwhile, the BCCI has recently postponed the bilateral series against Sri Lanka and Zimbabwe which was slated to be played in June. The Indian board also had to indefinitely defer the Indian Premier League, which was to begin from March 29.

With the monsoon season just a couple of months away, it would be difficult to get cricket underway. In fact, the Indian board might have to stage the IPL overseas as the Indian government is unlikely to give a green chit to the glamorous T20 league due to rise in the number of cases.

Dravid feels it would not be a prudent decision to rush young boys and girls even if they are playing in the bio-secure environment. The domestic circuit is also hanging on by a thin thread and Dravid feels that it might be delayed till October. Furthermore, the tournaments will need to be truncated.

“We have been making plans for all scenarios… but all of it looks very uncertain right now. The monsoon will set in over the next two months, and cricket will be possible only in a few parts of the country. We will have to consider all this. I was hoping we would resume training at NCA in May, but that did not happen. We cannot rush young boys and girls even [with] biosecure bubbles,” Dravid said while talking to The Week.

“I don’t think we are in a position to resume. It is better to be patient and wait. We have to take it month by month. One has to look at all options. If the domestic season, which usually starts by August/September, starts in October. One has to see whether the season should be shortened,” the former India captain added.

Meanwhile, Rahul Dravid had recently suggested that the bio bubble can be unrealistic if one player is found to be tested positive in the middle of the Test match. Subsequently, ICC has come up with Covid-19 substitute, which will be ‘like for like’ replacement.

The coronavirus situation is getting from bad to worse in India. In fact, the Indian players are yet to get back to training and it is expected that it will take some time before the players can get back into action. BCCI has come up with a four-stage training programme for its players.

On the other hand, BCCI is optimistic of hosting IPL in 2020. The Indian board will lose a huge amount of INR 4000 crores if the IPL doesn’t happen.