Home » Cricket » I don’t think we did anything wrong after 2013 Champions Trophy: Rohit Sharma on India’s poor ICC record

I don’t think we did anything wrong after 2013 Champions Trophy: Rohit Sharma on India’s poor ICC record 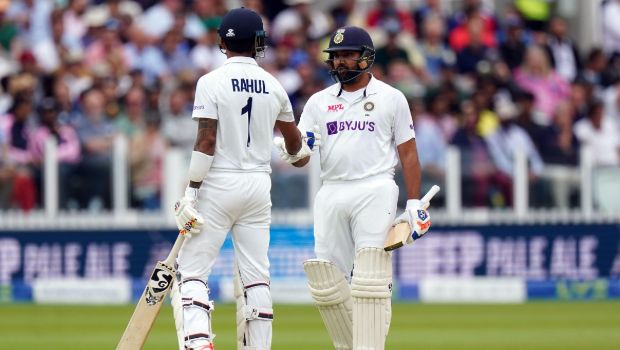 Since then, India has been consistent in the marquee events but they haven’t been able to go all the way as they have been knocked out in later stages of the tournament.

India lost the 2014 T20 World Cup final against Sri Lanka then lost in the semifinal of the 2015 World Cup. Team India then went on to lose against arch-rivals Pakistan in the final of the 2017 Champions Trophy.

Thus, India hasn’t been able to come up with a collective effort in the big matches as they have floundered under pressure.

Rohit Sharma said while talking to BCCI.TV, “The last ICC trophy we won was in 2013. Since then we haven’t won but I don’t [think] we did anything wrong after that Champions Trophy. We played as a team, performed as a team, it’s just that we couldn’t get that extra inch that we always look forward to. That can happen, you know, international cricket is very demanding. But that is the challenge. We are all professionals and we need to put the right step forward and make sure that we try and count and put all those things in the right bag…”

India’s new captain in white-ball cricket feels the team needs to follow a process and the desired results will come there away.

“Yeah, there are a lot of World Cups coming up and India will definitely be eyeing to do well in all those World Cups for sure. Our focus, yes of course we have to win championships but there’s a process that we need to follow as a group because you know, if you want to win the championships there are a lot of other things that you need to first take care of then focus on the end goal…”

Rohit added that his message to all the boys is to focus on the process and don’t think too much about the finals of the big events.

“Again, from me, the message to the boys will be to not think about the finals and all of that, just focus on the process which is important, to keep ticking the small boxes that are in front of us and then we’ll look at what’s our end goal.”

Rohit will begin his ODI captaincy campaign against South Africa in the upcoming three-match series.