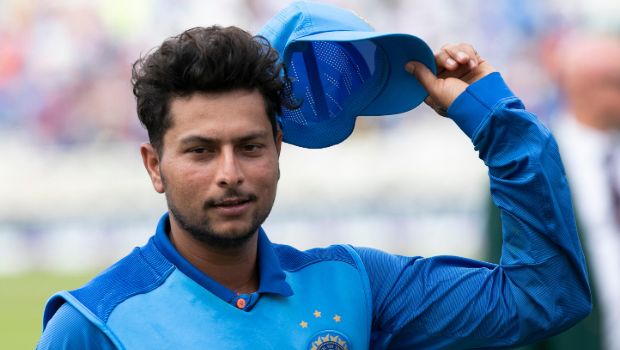 When Kuldeep Yadav returned with impressive figures of 5-99 in the first innings of the Sydney Test in 2018-19 tour of Australia, India’s then-head coach Ravi Shastri rated the youngster as India’s no.1 spinner in overseas conditions.

During that time, Ashwin was not part of the limited-overs set-up and he was also given limited opportunities in the red-ball format in foreign conditions. Ravindra Jadeja has been preferred ahead of Ashwin in the overseas conditions because of better batting credentials and left-hander’s good form in the last couple of years.

Ashwin has been a consistent performer for the Indian team in the last decade and he has been India’s best spinner. The off-spinner has scalped 52 wickets in 2021 in the Test format and he is the leading wicket-taker of the year.

The experienced spinner also snared 14 wickets in two Test matches against New Zealand and he was awarded the Player of the series award against the Kiwis.

Ravichandran Ashwin said while talking to Cricket Monthly, “I hold Ravi Bhai in high esteem. We all do. And I understand we all can say things and then retract them. At that moment, though, I felt crushed. Absolutely crushed. We all talk about how important it is to enjoy your team-mates’ success. And I was happy for Kuldeep. I have not been able to get a five-for but he has a five-for in Australia. I know how big it is. Even when I have bowled well [at other times], I haven’t ended up with a five-for.”

Ashwin added that he was happy for Kuldeep’s success but he felt he was thrown under the bus after the head coach made the comparison between the young spinner and him.

“…If I have to come and partake in his (Kuldeep’s) happiness, and the success of the team, I must feel like I belong there. If I feel like I am being thrown under the bus, how am I supposed to get up and come for a party to enjoy the team’s or team-mate’s success?

I went back to my room and then I spoke to my wife. And my children were there. So we were able to, you know, shrug it off, and I still made it to the party, because, end of the day, we had won a massive series.”

In fact, Ashwin revealed that he contemplated taking retirement from the sport as he was not getting his deserved chances in the team and had to also battle against the injuries, which was not easy for him.

“Between 2018 and 2020, I contemplated giving up the sport at various points. I thought, “I have put in a lot of effort, but it is not coming through.” The harder I tried, the farther it felt. I contemplated retirement for a lot of reasons. I felt like people were not sensitive enough to my injuries. I felt like a lot of people were backed, why not me? I have done no less. I have won a lot of games for the team, and I am not feeling backed.”

Ashwin will be the team’s lead spinner in the upcoming Test series against South Africa. The first Test match will be played at Centurion from December 26.