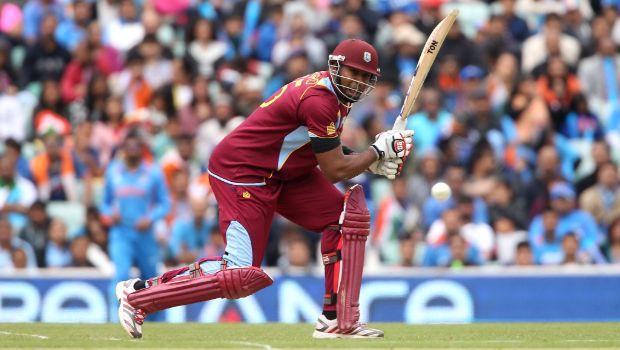 West Indies T20I skipper Kieron Pollard created history as he became the third International batsman to score six sixes in an over after Yuvraj Singh and Herschelle Gibbs.

Pollard revealed that he felt he could six sixes on the bounce after he smashed the third one. The combative batsman smashed Akila Dananjaya for six sixes at the Coolidge Cricket Ground, Antigua on Wednesday.

Pollard scored a whirlwind knock of 38 runs from 11 balls as he took the attack against the mystery spinner. The right-hander went berserk in the last over of the powerplay as he catapulted his attack on the Sri Lankan spinner.

In fact, Dananjaya had scalped a hat-trick in his previous over as he dismissed Evin Lewis, Chris Gayle, and Nicholas Pooran. However, there was no respite for the spinner as he taken to cleaners by the West Indies captain and he ended his four overs quota after conceding 62 runs.

Pollard has always been for his pyrotechnics and he has joined the elite list of players. The right-hander was delighted after achieving the special milestone.

Pollard said in the post-match presentation, “A couple of things went through my mind before the sixth ball, I thought should I go for the six or take the 30 runs in the over, he went around the wicket and bowled it onto my pads, I told myself ‘Wait Polly, take a chance'”.

“That’s how I have played my cricket all along, especially against the spinners. “I felt I could hit six sixes after the third one. I did it in the Super 50 as well.”

Pollard was awarded the Player of the Match for his blistering knock. West Indies won the match convincingly by four wickets and they were able to chase the target 132 runs in 13.1 overs. Thus, the hosts have taken a 1-0 lead in the three-match T20I series.

Apart from Pollard, Evin Lewis also scored a quickfire knock of 10-ball 28 to give a quick start to his team. Jason Holder added the finishing touches as he scored 29 from 24 balls.

The second T20I will take place at the same venue of Coolidge Cricket Ground, Antigua on Friday.