Home » Cricket » I got a call from Rahul Dravid’s son saying his father was being strict and needed to be taken away: Sourav Ganguly

I got a call from Rahul Dravid’s son saying his father was being strict and needed to be taken away: Sourav Ganguly 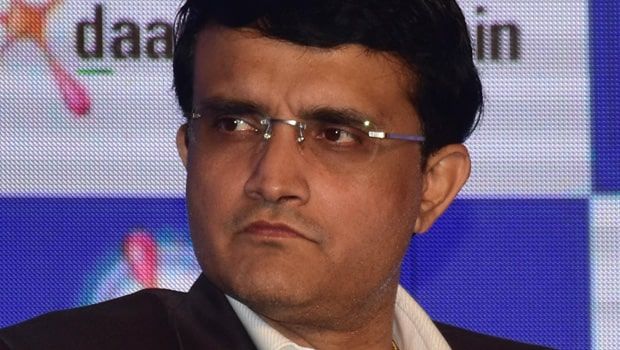 The Board of Control for Cricket in India president Sourav Ganguly recently joked he got a call from Rahul Dravid’s son that his father was being strict at home and needed to be taken away.

Dravid was earlier appointed as the head coach of the Indian team after the Ravi Shastri contract came to an end after India’s exit from the T20 World Cup.

In fact, it was earlier reported that Rahul Dravid was reluctant to take the head coach role but BCCI president Sourav Ganguly and secretary Jay Shah went on to convince him during the IPL 2021 final meeting.

Ganguly and Dravid shares a great bonhomie since their playing days and started their careers together. Thus, it was easy for Ganguly to convince Dravid to take up the new role in Indian cricket.

While speaking at the 40th Sharjah International Book Fair on Saturday Ganguly said on a lighter note: “I got a call from him saying his father was being too strict with him and that he needed to be taken away. That’s when I called Rahul (Dravid) and told him that it was time for him to join the national team.”

“We grew up together, started around the same time, and spent most of the time playing together. So it was easy for some of us to make him feel welcome and wanted.”

Dravid’s first assignment as the head coach will be the three-match T20I series against New Zealand and the first T20I will be played on 17th November in Jaipur.

On the other hand, India and Pakistan recently took on each other in the Super 12 stage of the T20 World Cup with the latter coming out on top by 10 wickets. The arch-rivals don’t play regularly against one another due to political tensions and Ganguly added that the bilateral series between the two neighboring nations is out of the question till the differences are resolved by their governments.

“This is not in the hands of the boards. At world tournaments, the two teams do play each other. Bilateral cricket has been stopped for years and this is something that the respective governments have to work on. This is not in Rameez’s hands, nor mine”.