Home » Cricket » I had nightmares while facing Bhuvneshwar, Bumrah during 2018-19 series – Aaron Finch

I had nightmares while facing Bhuvneshwar, Bumrah during 2018-19 series – Aaron Finch 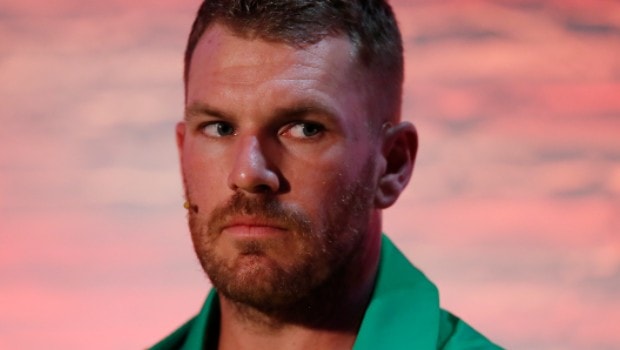 Australia’s limited-overs skipper Aaron Finch has revealed that he had nightmares while facing India’s fast bowlers, Bhuvneshwar Kumar and Jasprit Bumrah during the 2018-19 series. Finch was struggling for runs and both Bhuvneshwar and Bumrah had their wood on him.

The Australian opener could only manage to score 55 runs in the three-match T20I series and scored 26 runs in three One Day matches of the 2018-19 India’s tour of Australia. Moreover, he could gather only 97 runs in six innings of the Test series.

Finch had his issues against the incoming ball and Bhuvneshwar Kumar was able to dismiss him in all the three One Day matches. Kumar was able to get the swing to breathe down the neck of the Australian captain, as he had no idea what the ball would do after pitching. Furthermore, the swing master had also dismissed Finch on one occasion in the T20I series.

Both Bhuvneshwar and Bumrah are the best in the business in the white-ball format and it is never easy to face them with the new ball.

“I’d wake up in a cold sweat, he’s (Bhuvneshwar) got me out a lot with the ball moving back in,” Finch said in Amazon’s recently released docu-series titled ‘The Test’.

Finch revealed that he had a fear of getting out in the series as he was not in good form. Jasprit Bumrah who had a great Test series in Australia was also troubling Aaron Finch. Bumrah had scalped 21 wickets in the four-match series and bowled at the top of his mark.

“There were times that I’d wake up in the night thinking about getting out. Thinking I’m facing Bumrah again tomorrow, he’s getting me out for fun,” Finch said.

India had a successful tour of Australia as they won their maiden Test series by 2-1 on the Australian soil. The visitors also clinched the ODI series 2-1 after the T20I series ended in a draw (1-1).

However, Aaron Finch was able to turn the tide as he soon got back into form. He led with aplomb in the 2019 World Cup and took Australia to semi-final, where they lost against arch-rivals England. The right-hander scored 507 runs in the 10 matches at an average of 50.7 in the ODI showpiece and he was instrumental in giving solid starts to the team along with his opening partner, David Warner.