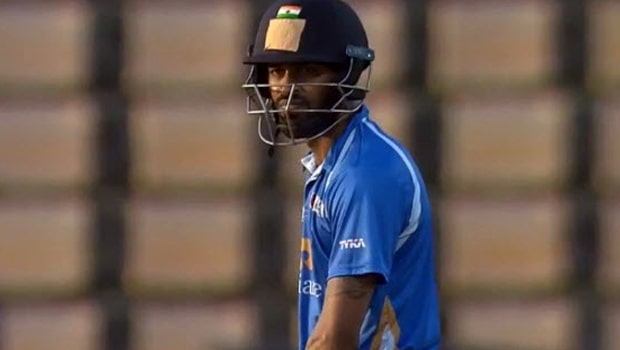 It is never easy for a player when he undergoes a long rehab process. India’s all-rounder Hardik Pandya last played in the Indian colours back in September 2019 in a T20I against South Africa. Subsequently, he was ruled due to a back injury and had to undergo the knife for the surgery.

Pandya, who plays a key role in balance of the Indian side, stated that he had to deal with a lot of mental pressure during his recovery process. However, all’s well that  ends well, and Pandya was able to slowly but surely gain confidence to get back in the national side.

It was crucial that he didn’t rush himself during the rehabilitation process as we have seen in the recent past that Bhuvneshwar Kumar’s injury was aggravated. Subsequently, Pandya took his own time and he is raring to go once again.

The comeback all-rounder added that he missed being around his teammates when he was out of the team.

“I missed this atmosphere the most in these last six months, playing for the country and the feeling you get wearing the team’s colours,” he said while talking to his teammate, Yuzvendra Chahal on BCCI.TV.

“That had become a mental challenge and there were a lot of setbacks. I was trying to get back to full fitness quickly but that did not work out and a lot of mental pressure came at the time. But touchwood, everything went fine, the rehabilitation went well and a lot of people helped me.”

On the other hand, the Baroda all-rounder was able to hit the ground running upon his return to professional cricket. The right-hander scored two centuries in the DY Patil tournament. He smashed a blistering knock of 158 runs off just 55 balls, which included 20 maximums. The all-rounder also became the fastest Indian batsman to score a T20 century as he raced to the milestone in only 37 balls.

Pandya added it was imperative to get the match practice under his belt before making the return to International level.

“It was important. I had not played anything for six and a half months. I wanted to make an international comeback so it was very important for my confidence. No matter how much you practice, the match situation is always different”.

Hardik Pandya is a pivotal cog in the Indian team set-up and he would like to make a roaring comeback to the national team. Pandya is a gun fielder, can provide the finishing touches while batting down the order but he may not bowl his full quota of overs as he is returning from the injury layoff.