Home » Cricket » I have no expectations: Super Smash Star Finn Allen on his chances of getting picked in the IPL 2021 Auction

I have no expectations: Super Smash Star Finn Allen on his chances of getting picked in the IPL 2021 Auction 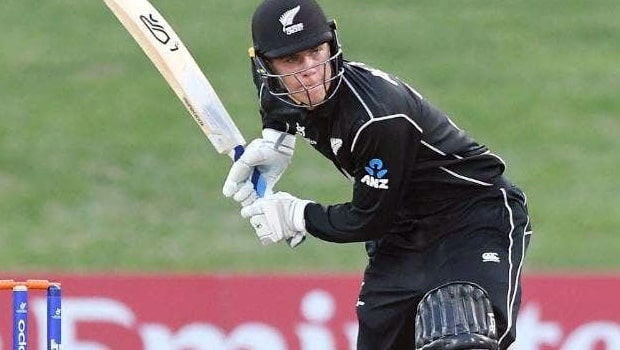 Finn Allen emerged as the highest run-getter in this year’s Super Smash — New Zealand’s Premier domestic T20 competition — with a total of 512 runs to his name, scored at an average of 56.88 and strike-rate of 193.93.

His superb run of form helped him in getting his maiden call-up to New Zealand’s T20I squad for the series against Australia and now he finds himself in the list of the 292 players shortlisted for the IPL 2021 Auctions as well. But he intends to keep his expectations low and see where the journey takes him.

“For me, there are no expectations,” Allen had told ESPNcricinfo a day out of the Super Smash final.

“It’s kind of always been that way for me – I’m just going out there and enjoying what I am doing. Just trying to win the title for Wellington, and if more than that comes out of it, it would be awesome. Obviously going to the IPL would be pretty amazing – that’s almost my dream for a long time now, so yeah hopefully get lucky and get picked up. But, obviously no expectations, and if it doesn’t happen, there’s always the future,” he added.

Apart from Allen, other Kiwi players like Kyle Jamieson and Devon Conway also talked about their chances in the IPL 2021 auction.

Jamieson has shown what he can do with the ball and his presence gives the team a player capable of wielding the willow to good effect in the Lower-order as well.

“To be fair, I haven’t paid too much attention to it and for me I’ve been focused on what I can control here and I think things will pan out the way they are going to tomorrow night – whether that means I get picked up and go great and if not there’s still a lot of cricket to be played across the winter,” Jamieson said in the lead up to the T20I series against Australia at home.

“I try not to pay too much attention. Things like that tend to take care of themselves. That experience, if it comes, I’m not sure what’s going to happen, but it’s certainly a different experience and a lot of new learnings to come from,” he said. “The probably most exciting thing is that when you get to play in these different environments, there’s a lot of learning and ways to upskill and try to add strings to your bow,” he added.

Devon Conway, who has been one of the most consistent batsmen in the last few editions of the Super Smash, shared his thoughts as well. He won the title along with the Wellington Firebirds a week back and was the opening partner of Finn Allen as well.

“It was a wild shot, really, my agent thought it was a good idea to get my name in the conversations,” Conway had said after winning the domestic T20 title last week. “You know, I think, my understanding is that it’s a small auction and for me to get into the sort of first little cut to where I am around is pretty awesome. But, I’m not really thinking too far ahead. If it happens, it happens, if it doesn’t it’s just pretty cool to go through the process of applying and putting your name in the hat.”