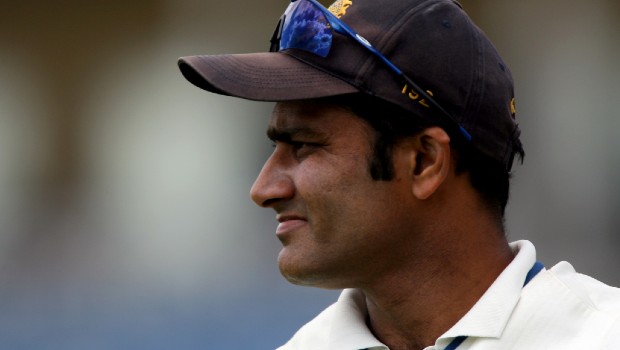 Former Indian head coach Anil Kumble has no regrets on his coaching stint with the Indian team. Kumble had resigned from the chief coach role in June 2017 after he had stated his partnership with Indian captain Virat Kohli was untenable.

In fact, Kohli and Kumble had reportedly differences between them but the Indian captain had denied any such news before the opening match of the Champions Trophy 2017 against Pakistan.

Kumble had written that Kohli had reservations with his style and thus he decided to move on. However, India had done well under the tenure of Anil Kumble as they had risen to number one Test rankings. Furthermore, they had also made it to the final of the Champions Trophy 2017 but could not cross the last hurdle against arch-rivals Pakistan.

In fact, when Kumble had resigned from the head coach role, many of the cricket boffins had stated that it was not an ideal exit for the most reputed player in the Indian cricket history. Many experts thought that the BCCI could have handled the situation in a better way than they eventually did.

Kumble stated that he had a great time coaching the Indian team and he has good memories. The former leg-spinner added that there are no regrets and looks at the positive side of things. In fact, Kumble admitted that the ending could have been better.

“I was very happy that I took up that role [India coach]. It was great, the one year I spent with the Indian team was really fantastic,” Kumble said while talking to Pommie Mbangwa on Instagram live interaction.

“Having been with great performers and again being a part of the Indian dressing room is a great feeling.

“We did really well in that one year period. I was really happy that there were some contributions made and there are no regrets. I was happy moving on from there as well. I know the end could have been better but then that’s fine.

On the other hand, after Kumble’s resignation, Ravi Shastri was chosen as the next Indian team coach. It is well known that Indian skipper Virat Kohli shares a great bonhomie with Shastri and thus the former all-rounder was selected for the coveted role to maintain the right harmony in the dressing room. Shastri also got the extension and will now serve as the head coach till 2021 World Cup.

Meanwhile, Anil Kumble had done a fine job as the coach of the side. Under Anil Kumble, India won five Test series, including a away series win in West Indies. India easily won England, New Zealand, Bangladesh and Australia in home conditions under the tutelage of Kumble.