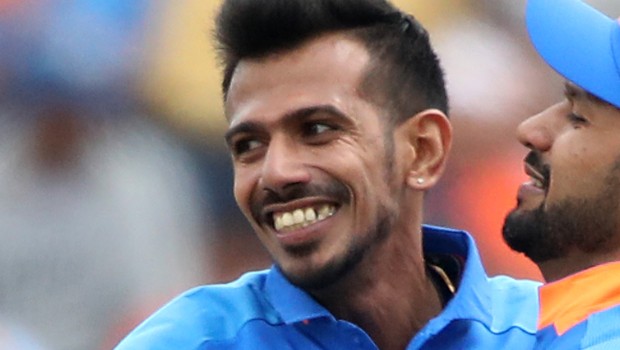 India’s leg-spinner Yuzvendra Chahal believes he has the patience and composure to play Test cricket. Chahal had made his limited-overs debut back in June 2016 but he hasn’t been able to make a case for himself in the red-ball version. Since making his debut, Chahal has played 52 ODI matches and 42 T20I matches.

The leg-spinner has been a regular in India’s white ball team since the 2017 Champions Trophy. However, Chahal wants to play Test cricket and he feels that it is a different challenge to play in the purest form of the game.

But Chahal numbers aren’t that impressive in the red-ball version as the leg-spinner has scalped 84 wickets in 31 first-class matches at an average of 33.21. Thus, there is no doubt that Chahal will need to come up with impressive performances in the domestic circuit to be in the reckoning for the Test team.

However, Chahal is optimistic that he can break into the Test side as he has scalped 46 wickets in his last eight Ranji Trophy matches.

Chahal has shown that he has the skills to do well at the top level and he can tick the right boxes in the multi-day format.

In the last 8 Ranji Trophy matches I have bagged 46 wickets. In those matches, I bowled 20 to 25 overs of spell. I never thought along the lines of red ball or white ball cricket. I just go and enjoy my game. Whatever opportunity comes my way, I love to grab it. I am ready for every opportunity,” Chahal said while talking to Times of India.

“I have played ODIs and T20Is but when someone calls you a Test player, it is a different feeling all together. In ODIs and T20Is, you know that the batsman will hit you for boundaries and sixes and you have to stop him by taking wickets or not allow him to go over the top. But in Tests, you have to get him out at any cost. That’s the biggest challenge. Test cricket needs a lot of patience. I believe I have the patience and composure to play Test cricket”.

Chahal has picked up 91 wickets in the ODI format and he has the chance to become the fastest Indian bowler to 100 ODI wickets. On the other hand, Chahal has snared 55 T20I wickets.

The leg-spinner has shown the big heart in the white-ball format and he is not afraid to go for runs. The best part about Chahal’s bowling is the fact that he always looks to hunt for the wickets.

Chahal still has a long way to go in the red-ball version and he would need to come up with consistent performances. There are less chances that Chahal would be included in the four-match Test series against Australia as India already has spinners like Ravichandran Ashwin, Ravindra Jadeja and Kuldeep Yadav. Thus, Chahal would need to wait for his opportunity in the Test setup.