I haven’t confirmed my availability in any leagues – Irfan Pathan 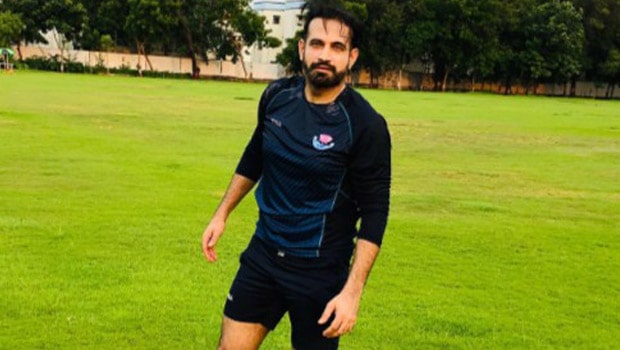 Former Indian all-rounder Irfan Pathan has clarified he hasn’t confirmed his availability for any T20 leagues. It was recently reported that Pathan has put his name forward for Lankan Premier League, starting August 28. However, the former all-rounder has quashed such reports.

A report in ESPNcricinfo had stated that “Pathan is among 70 foreign players to have shown interest in playing the Lanka Premier League (LPL)” and his name will be “put in a player draft unless one of the five franchises choose him to be a marquee player.”

The reports came after Irfan Pathan had recently stated that the Board of Control for Cricket in India should allow its players to play in the foreign T20 leagues, so that they can get the exposure. Pathan has shown interest to play in overseas T20 leagues but confirmed that he hasn’t made any commitment so far.

I wish to play T20 Legues around the world in future, but at this stage I haven't confirmed my availability in any Leagues.

“I wish to play T20 Leagues around the world in future, but at this stage I haven’t confirmed my availability in any Leagues,” Pathan wrote on his twitter handle.

In fact, Pathan had shown some disappointment recently that he was not given enough chances by the selectors and there was a lack of communication after he was dropped.

Pathan is mostly seen in action doing his commentary stint with Star Sports. Irfan Pathan had scored 1139 runs in 103 IPL matches at an average of 21.39. The swing master scalped 80 wickets in the IPL.

On the other hand, Pathan scalped 100 wickets in 29 Test matches and scored 1105 runs. Pathan also snared 173 wickets in 120 ODI matches at an average of 29.73. The all-rounder was the Man of the match in the final of the 2007 T20 World Cup as he had scalped three wickets for only 16 runs against arch-rivals Pakistan.

Meanwhile, there will be 23 matches in the LPL and the matches will take place at four venues. Five teams named after the city of Colombo, Kandy, Galle, Dambulla and Jaffna will participate in the tournament.