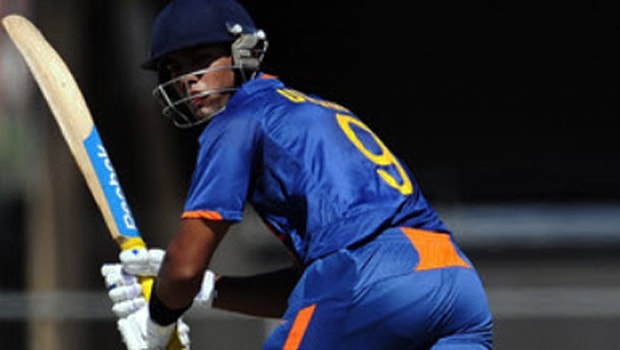 Every person’s story is different and especially in sports, there is no script. India’s former Under-19 skipper Unmukt Chand had a different story than the one which was expected. Chand, played a match-winning knock of 111 runs in the final of the 2012 Under-19 World Cup against Australia and he was the talk of the town.

The right-hander had all the talent and the skills and he was deemed as the next big thing in Indian cricket. As Kohli had also led India to Under-19 World Cup glory in 2008, Chand was expected to follow the footsteps of the current Indian captain. However, Chand’s story has been different and it has gone south.

“Of course, for any Under-19 player, the World Cup is the most important thing. The hard work of so many years – from Junior cricket to Under-16 and so on, it’s like a summit for any junior cricketer to reach there and definitely. Just like winning the World Cup is a dream, similarly, lifting the Under-19 World Cup is also one,” Chand told former India batsman Aakash Chopra on his YouTube Channel.

“Four years ago, I had seen Virat bhaiya leading the side and winning the cup, so since it was fresh in the memory its impact was big. I knew stories could be different. It’s not like you always automatically play for India but for me it was more important to win the Under-19 World Cup.”

On the other hand, Chand revealed that there were a couple of times when he was told by the national selectors to be ready as the much-awaited call can come his way but it was not to be. Chand revealed that he got his opportunities as he was leading the India A side. There are no regrets for Chand and he feels that he has learned a lot in the last few years.

“It’s not like I didn’t get opportunities after the win. I played for India A and I was captaining the team till 2016 as well. I was getting runs. A few times I was told ‘just be ready, we’ll be picking you’. But that’s ok. To say that had I played, I would have done this and that isn’t logical. The most important is what happened and what I could have learnt,” Chand said.

Meanwhile, Chand could not grab the opportunities while playing in the IPL. In fact, it is noticed that the players who grab their chances in the IPL have more chances of breaking into the national team. The Delhi right-hander could only score 300 runs in the 21 IPL matches he played at a paltry average of 15.