Home » Cricket » I made two mistakes in Sydney Test in 2008, might have cost India the game – Steve Bucknor

I made two mistakes in Sydney Test in 2008, might have cost India the game – Steve Bucknor 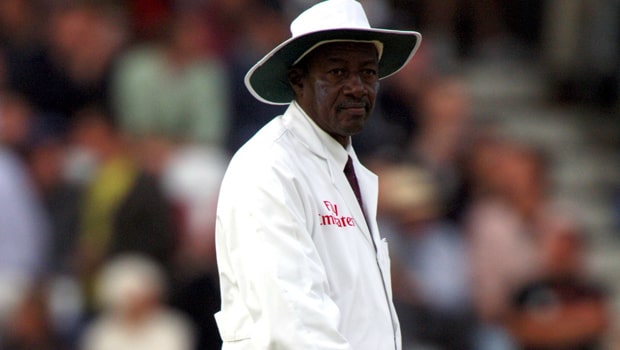 Former ICC umpire Steve Bucknor has admitted that his two mistakes in the Sydney Test in 2008 might have cost India the game. In fact, the game made the headlines for the monkeygate spat between Andrew Symonds and Harbhajan Singh. Bucknor was not up to the mark in the Test match and the Indian team had to pay the price.

Australia was already leading the series 1-0 and the Sydney Test was crucial for the series. India had got the hosts on the rope at 134-6 in the first innings and had put themselves in front. Symonds was on 30 when Ishant Sharma was able to produce an edge to wicket-keeper MS Dhoni. However, Steve Bucknor remained static when the appeal was made.

Subsequently, Symonds went to score unbeaten 162, which was also his highest score in the Test matches. Furthermore, Brad Hogg and Brett Lee scored half-centuries which helped Australia in racking up 463 runs on the board.

The second mistake Bucknor made was in India’s second batting dig. The visitors were trying to save the Test match after they had been set a target of 333 runs. Indian opener in that Test, Rahul Dravid was batting when a ball from Andrew Symonds brushed the batsman’s pad and was taken by Adam Gilchrist. The Australians went up in appeal and were rewarded a free wicket as there was no contact between bat and ball.

In an interview with Mid-Day, Bucknor said: “I made two mistakes in the Sydney Test in 2008. Mistake one, which happened when India were doing well, allowed an Australian batsman (Andrew Symonds) to get a hundred. Mistake two, on day five, might have cost India the game. But still, these are two mistakes over five days. Was I the first umpire to make two mistakes in a Test? Still, those two mistakes seem to have haunted me.”

Australia had gone on to win the controversial Test match by 122 runs and took a 2-0 lead in the series. Symonds went on to score 61 runs in the second essay and also took three wickets in the second innings. Thus, he was awarded the Player of the match. In fact, the Indian team had also complained of the poor umpiring after they were prey of the wrong decisions.

India then went on to make a roaring comeback in the third Test match at Perth as they won by 72 runs. However, the Australian team was able to seal the series 2-1 after the fourth match ended in a draw.