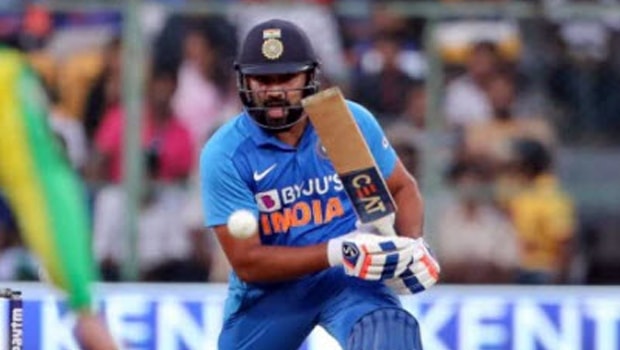 Indian vice-captain Rohit Sharma has revealed that he has recovered from a calf injury which he had suffered while batting in the fifth T20I against New Zealand. In fact, the flamboyant batsman added that he was almost ready to play before the lockdown situation in the country and he was looking to make a comeback into the IPL.

Subsequently, as the players slowly get back to training, Rohit has confirmed that he will resume his training after clearing fitness at the National Cricket Academy in Bangalore.

Rohit is currently at his home in Mumbai, which is in the red zone area and thus he will need to wait for some time more before he gets back in action.

“Once everything opens up, I have to first go to the center (NCA) and give my fitness test and once I pass the fitness test I will be allowed to go and resume my duties with the team.”

Meanwhile, the Maharashtra government has given a nod to re-opening of stadiums for individual training in green and orange zones. This was done after the Central government gave relaxations in the fourth phase of the lockdown which is till May 31. However, as Mumbai is in the red zone, Rohit is aware that he needs to wait more.

Rohit also added that he has tried to keep himself at the top of his fitness with regular training at the gym. The Mumbai batsman added that he has done some running in the 50-100 metres area he has around his place.

Rohit also said that he misses traveling with the team and sharing the banter with his mates. Pertinently, it is not easy for a world-class athlete to be locked down in home for more than two months. However, the players have understood the situation and they have been patient.

Rohit Sharma will be eagerly waiting to get back into action like other players. The right-hander is a vital cog in Indian team and he has been a consistent performer over the years. Rohit would like to hit the ground running upon his return to the game.

On the other hand, Shardul Thakur became the first Indian cricketer to resume outdoor training after the two months coronavirus forced lockdown.