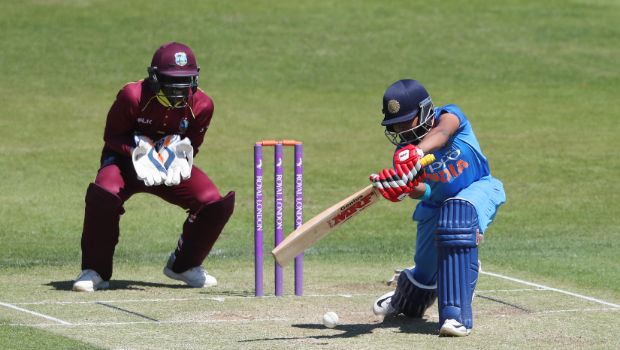 Mumbai’s captain Prithvi Shaw has been in top form in the ongoing 2020-21 Vijay Hazare Trophy. Shaw scored a blistering knock of 165 runs off just 122 balls in the semi-final of the tournament against Karnataka and thus took his team to the final of the competition.

Shaw has scored a total of 754 runs in seven matches in the tourney, which is the most for any Indian batsman. The flamboyant batsman broke Mayank Agarwal’s three-year-old record as the Karnataka batsman had scored 723 runs in 2018.

Shaw has been at his absolute best in the ongoing tournament as he has an impeccable average of 188.50 and a strike rate of 134.88. The 21-year-old has scored four hundred and all of them have been big ones.

Shaw scored 105 against Delhi in the opener for Mumbai. Subsequently, he scored 227 runs against Puducherry and helped Mumbai post a gargantuan score of 457 runs.

Meanwhile, Shaw was under scrutiny for his performance in the first Test match against Australia at Adelaide. Shaw had struggled to get going against the moving ball and he was dropped from the final XI in the second Test at MCG as Shubman Gill got his chance.

After taking Mumbai to the final of the Vijay Hazare, a confident Shaw stated that he never gives up easily.

Shaw said while talking to Indian Express, “I never give up easily. Mein Virar ka ladka hoon (I am a Virar boy). I have come from the streets. I know how to bounce back. I have always kept the team above me, be it the club, Mumbai, or India.”

Shaw added that his natural game is to play attacking cricket and he likes to take the attack on the opposition.

“If you want me to score 1 run in 100 balls, then I can try, but that’s not me. That’s not my game. I can’t play like that. I have never been in such a situation like I was in Australia, but I have worked hard now, spent hours and hours in the nets to rectify it.”

Shaw must have grown in confidence after his sublime show in the Vijay Hazare trophy especially after a bad tour of Australia where he could only get a chance in one Test. However, Shaw has been able to bounce back in style.

The final of the tournament between Mumbai and Uttar Pradesh will take place on Sunday at the Arun Jaitley Stadium, Delhi.