Home » Cricket » I never liked spin and always wanted to be a fast bowler: Kuldeep Yadav

I never liked spin and always wanted to be a fast bowler: Kuldeep Yadav 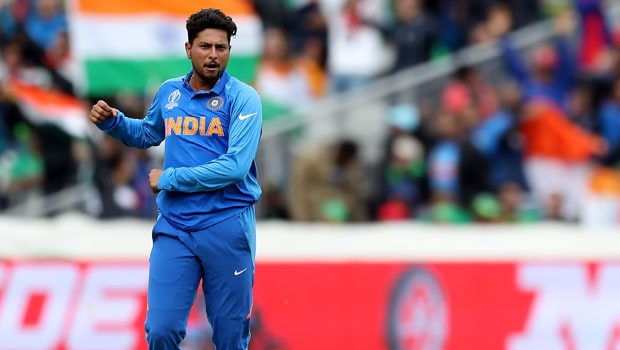 Kuldeep said that he could also swing the ball both ways but his coach made him transform into a wrist-spinner watching his lack of growth. In fact, he was so angry on being asked to convert at one point of time that he didn’t go to training for 10 days.

“Fast bowling appeared easy back then. I think I was good at fast bowling. Even my coach used to feel the same because my wrist would work well. I could swing the ball both ways even at the age of 10-11 years. But the hurdle was my lack of growth. So he asked me to switch to spin bowling,” Kuldeep told Kolkata Knight Riders’ official website.

“I was initially very displeased because I never liked spin and always wanted to be a fast bowler. I was angry, but when he told me to bowl spin, I tried and started off bowling Chinaman (left-arm wrist spin) in the very first attempt,” Kuldeep continued.

“I was very angry and didn’t go to the ground for ten days, as I was determined to continue with fast bowling. But Sir said if I really wanted to play cricket and come to the ground, I had to take up spin bowling. So I went back to the academy after ten days,” he added.

However, Kuldeep hasn’t been finding gametime at the top level of late due to a slump in form. He played only five matches during IPL 2020 and picked up only a solitary wicket. During the Australia tour, he played just one ODI and one warm-up match and couldn’t get into the Test XI despite there being so many injuries to the first-team players.

Overall, Kuldeep has played 61 ODIs, 21 T20Is and six Tests, picking up 105, 39 and 24 wickets in them respectively. He has been included in the squad for the upcoming four-match Test series at home against England and he would be hopeful about getting some gametime there.