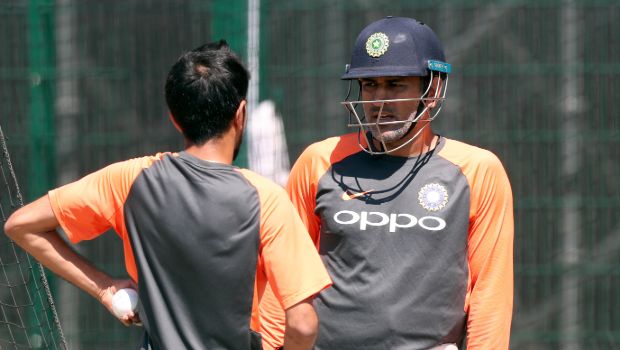 Former Indian selector Kiran More revealed that he was able to spot the talent in MS Dhoni when he saw him for the first time while playing for Jharkhand in the domestic circuit.

There were question marks raised on the wicket-keeping skills of Dhoni but More had put his weight behind the youngster.

Dhoni had made his debut against Bangladesh but he was run out for a duck. However, the talented batsman was able to hog the limelight when he struck a whirlwind knock of 148 runs off just 123 balls against arch-rivals Pakistan. Subsequently, he has never looked back.

Meanwhile, More believes Dhoni was able to reap fruits as he worked hard on his game. Dhoni had an unconventional way of keeping but he backed his game and delivered the goods for the team.

“We saw the talent in him. But his ability to work hard and improve made him what he is. He had some problems when he started out. Questions were asked about his wicket keeping skills. However, he worked very hard on his game and kept getting better with every game,” Kiran More said while talking to India Today.

On the other hand, there is no doubt that Test cricket challenges a player in all the aspects of the game. More believes that Dhoni was able to improve his game after playing Test cricket, which pushed him to the limits.

Meanwhile, Dhoni has always been one step ahead of the opposition. Dhoni was one of the shrewdest captains to have ever embraced the game and he was brilliant in reading match situations. The talisman was crystal clear what he wanted to do in the crunch situation of the match and that helped him produce positive results for the team.

MS Dhoni has come a long way in his career and he has been instrumental in the success of the team over the years. Dhoni was able to tick the right boxes as a captain, wicket-keeper, finisher and got the best out of his players.

Dhoni has scored 10773 runs in 350 ODI matches at a staggering average of 50.57. Thus, Dhoni has produced great numbers for the Indian team