I still don’t have faith in the DRS – Ian Chappell 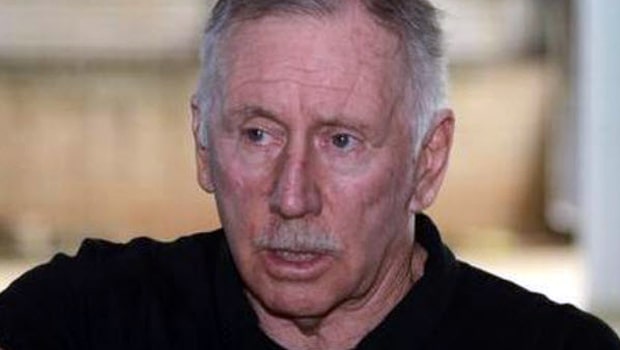 Former Australian captain Ian Chappell, who is mostly known to hit the nail on the head has stated that he still doesn’t have a lot faith in the DRS. Chappell feels the use of the Decision Review System is questionable as you are not sure about the decisions. Currently, if more than 50% of the ball is hitting the stumps, then it is expected to completely hit the stick, otherwise it is 50/50.

The batsmen are given the benefit of doubt if there is an umpire call on the DRS if the ball is not making more than 50% contact with the stumps. In fact, former Indian legendary batsman Sachin Tendulkar had recently stated that the DRS should be backed completely and the batsman should be out on the DRS call.

Former West Indies fast bowler Michael Holding reckons that the benefit of the doubt on the umpire’s call on the DRS should always go to the batsman.

Meanwhile, Ian Chappell is not a big fan of the DRS in the game. Chappell added that a player accepts the odds that some decisions will go against him whereas some might not go in his favour. But with DRS, it gets more complicated as the umpire has to change his on-field calls.

On the other hand, there is an increase in the number of DRS during the Covid-19 as more local umpires will be used to limit the travelling. Now there are two DRS in limited overs format whereas three per innings in the Test matches.

Chappell believes the DRS is overused in interests of self-preservation and the umpiring decision should never be part of the tactical battles.

“There was a time when the BCCI distrusted the DRS. I’m no longer in lock-step with the BCCI on this because I still don’t have much faith in the DRS,” Ian Chappell wrote in his column for ESPNCricifo.

“It struggles to achieve at least two of the ICC’s prime objectives: arriving at the correct decision and eradicating the howler. So long as there are a finite number of reviews, it can never be guaranteed to achieve those goals.

“In its current form it’s mostly used to review 50/50 decisions, is occasionally employed as a tactic, and is overused in the interests of self-preservation. Umpiring decisions should never be part of cricket’s tactical battles,” he added.