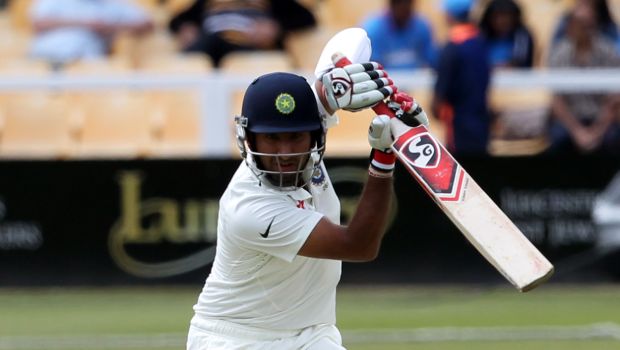 India’s Test specialist Cheteshwar Pujara has revealed that he still wants to represent the national team in white-ball cricket.

Pujara made his ODI debut against Zimbabwe back in 2013 whereas he played his last ODI against Bangladesh back in 2014. It’s been almost seven years since Pujara has donned the Indian colored jersey but he hasn’t given up on the same.

Pujara has played only five ODIs in his career but he couldn’t get going in the 50-overs format as he scored 51 runs at an average of 10.2. However, Pujara has produced decent numbers in his List A career as he has scored 4445 runs in 103 matches at an impressive average of 54.20.

Meanwhile, when all the Indians, as well as the Australian players, were taking part in the IPL 2020, Pujara couldn’t much but practice in his own academy. Subsequently, the players played the limited-overs series before playing in the all-important Border-Gavaskar trophy. However, Pujara couldn’t take part in any first-class matches due to Covid-19.

The right-hander scored 271 runs in the four-Test matches against Australia at an average of 33.88 but his strike rate of 29.20 came under scrutiny. However, Pujara feels it was not easy for him to hit the ground running in the Test series as he didn’t have any match practice under his belt. Pujara could only play a one warm-up match against Australia A before the Test series.

Pujara said while talking to Sports Today, “I still have aspirations to play white-ball cricket for Team India, there’s no doubt about that. Yes, at the same time it becomes difficult when other guys are getting some match practice.

“After the lockdown, I didn’t have any match practice before the Australia tour so to prepare for that big series it became a little difficult. Otherwise, if there was no COVID then there would have been some first-class games that I would have played.

Pujara knows his role in the Indian Test team and he did a fine job in the fourth Test match when he faced 211 balls to score 56 runs. The right-hander was able to block one end up and played a key role in India’s win.

Pujara will now be seen in action in the upcoming Test series against England. The first Test match will take place at MA Chidambaram Stadium, Chennai from February 5.