Home » Cricket » I think I am in a pretty good zone: Hardik Pandya

I think I am in a pretty good zone: Hardik Pandya 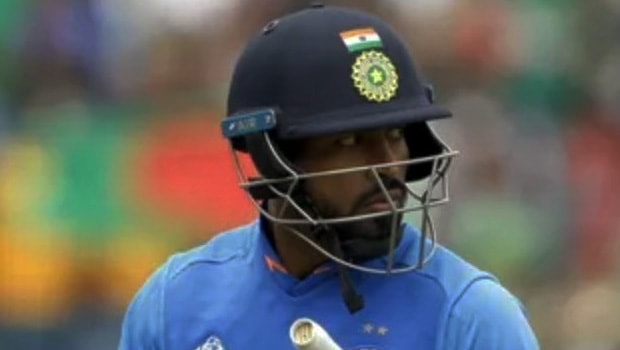 Hardik Pandya has been in excellent batting form on this tour of Australia. He registered two scores of 90+ in the ODIs and has now followed it up with a match-winning effort of 42* off just 22 deliveries in the second T20I of the three-match Series against Australia at the SCG. It also helped India to seal the series with one match to go.

Hardik’s knock helped India to chase down a target of 195 with six wickets and two deliveries to spare. The Baroda all-rounder was in good form in the recently concluded IPL as well. He scored 281 runs during the season at a mind-boggling strike-rate of 178.98, which was only bettered by Kieron Pollard (191.43) and Jofra Archer (179.37).

“I felt that throughout the IPL I was batting well. It’s just that when I feel it is my time to do it and the team wins, that’s the happiest [feeling],” Hardik said in the post-match conference after the second T20I.

Hardik was the highest run-getter for India during the ODI series that concluded recently as well. He scored 210 runs at an average of 105 and his innings of 92* in the final ODI in Canberra helped India pull off a win from a tricky situation.

His knock of 42* on Sunday was similar in that respect. Hardik walked out to bat at the fall of the third wicket in the 14th over of the innings, with India still requiring 75 to win with only 38 deliveries remaining. He shared a 29-run stand with Virat Kohli followed by a 46-run partnership for the fifth wicket with Shreyas Iyer to steer India home.

When he was asked whether he is in the best batting phase of his career so far, Hardik said: “It can be, it can not be as well [being in the best batting phase of his career]. It’s just that it’s now getting highlighted because we’re always top-heavy. We’ve always seen India winning games when the top three score runs and I think this is for the first time we’ve got the opportunity where we have had to step it up and do it. And I think I am in a pretty good zone.”

“I am not getting too overwhelmed with the situation. I am trying to keep it neutral. It’s my job which I just did well. Now with time I don’t think I am getting too excited about things,” he added.