Home » Cricket » I think it will be grossly unfair to drop Shikhar Dhawan from ODI team: Aakash Chopra

I think it will be grossly unfair to drop Shikhar Dhawan from ODI team: Aakash Chopra 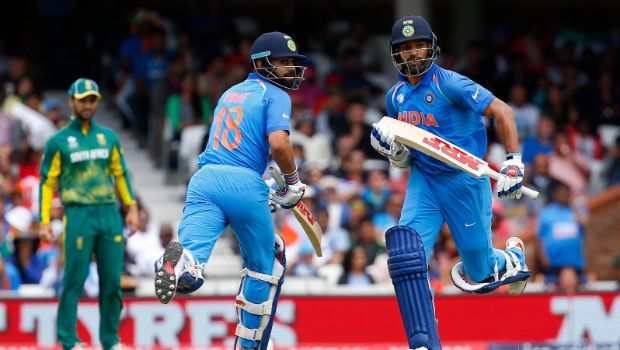 Former Indian opener Aakash Chopra reckons it is will be grossly unfair to drop Shikhar Dhawan from the team’s ODI team.

Dhawan is currently not part of the Test and T20I team and his place in the ODI team could also be under threat. The veteran batter recently scored only 56 runs in five matches in the Vijay Hazare Trophy while playing for Delhi.

With in-form players like Ruturaj Gaikwad and Venkatesh Iyer knocking at the selection doors of the ODI team, Dhawan’s place is hanging by a thin thread. In fact, it is not that Dhawan has performed poorly in the 50-overs format in the recent past but the selectors could be tempted to throw some opportunities to the young players, who have performed consistently at the domestic circuit.

Aakash Chopra said on his YouTube Channel, “Shikhar Dhawan’s performance was not good. Shikhar Dhawan’s bat has not talked in a high-scoring Vijay Hazare Trophy, it has been absolutely silent. Will the selectors pull the plug on him? I think that will be grossly unfair.”

The renowned commentator added Dhawan should be picked for the three-match ODI series against South Africa and he should also be part of the final XI.

“In my opinion, he should be in the team and the XI, the team that will go to South Africa because he is India’s proven customer. He is someone who has done phenomenally well in ODI cricket, he is the Mr. ICC in white-ball cricket, especially in the ODIs.”

Chopra added that it is not the turn to drop Shikhar Dhawan from the ODI team. The southpaw had scored 587 runs for Delhi Capitals in 16 matches of IPL 2021 and had played a key role in taking the franchise to the playoff stages.

Thus, he has been in decent form in the recent past. However, Dhawan was not retained by the franchise as they decided to keep Rishabh Pant, Axar Patel, Anrich Nortje, and Prithvi Shaw.

“If I am looking towards the 2023 World Cup if he stays fit, why not? But it is not the turn to drop him now because India has not played ODI cricket in 2021. And whatever T20 he has played, whether it is the first or second half of the IPL, some people feel he should have been in the World Cup team as well.”

“So why not now, just because Ruturaj is scoring runs or Venkatesh Iyer can also open or Ishan Kishan’s stars are shining, or Rohit and Rahul. If someone performs badly, you can drop him but if you drop because someone else is doing well, that’s not fair. I feel Shikhar Dhawan should be in the squad to South Africa.”

The first ODI between South Africa and India will be played on January 19.