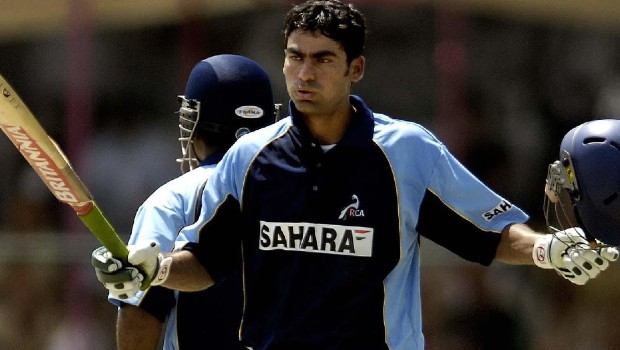 India was still 59 runs away from their imposing target of 326 runs when Yuvraj Singh got out after a well made 69 in the 2002 Natwest final against England. Mohammad Kaif, who had joined forces with Yuvraj with India under the cosh at 146-5, thought the match was gone when his partner went back to the pavilion, leaving him to do the rest of the work.

However, Kaif batted with the lower order to take India to a famous win. Harbhajan Singh played a nice little cameo of 15 runs from 13 balls and it somewhat took the pressure off Kaif’s shoulder.

Kaif didn’t have a lot of International experience under his belt at that time and his task became more difficult when Yuvraj got out. However, the Uttar Pradesh batsman was able to keep his calm and batted sensibly to get his team over the line.

“When you (Yuvraj) got out, I thought the match was over. I did not think we would win,” Kaif said in an Instagram Live chat with Yuvraj.

“I was set, you were there. So I believed if we played till the end India would win. But you got out and India lost hope and my heart broke,” Kaif added.

Kaif scored a fine knock of 87 runs from 75 balls with the help of six fours and two sixes to pull India out from the jaws of defeat. The right-hander was at his best and stunned England who had their noses in front after Sachin Tendulkar was dismissed after making 14 runs.

Both Yuvraj and Kaif added a fine alliance of 121 runs to keep India in the game. Yuvraj scored more than run a ball and thus didn’t allow the pressure to build on Kaif. When the southpaw batsman was dismissed with India still far away from the target, Kaif took charge and played the big shots to keep pace with the required run rate.

On the other hand, Yuvraj also stated that Kaif’s masterpiece knock of unbeaten 87 was his best for the Indian team as it came under immense pressure. Back in the time, India was making their way to many finals but they were not crossing the last hurdle. Ergo, the 2002 Natwest win was a big boost for the team.