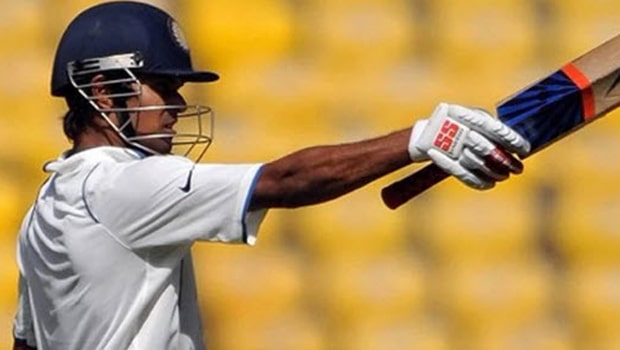 Former Indian batsman Subramanian Badrinath could only play two Test matches, seven One Day Internationals and one T20I in his career for the national team. Badrinath has stated he tried his best to break into the team but India’s batting line-up was packed with batsmen like Virender Sehwag, Gautam Gambhir, Rahul Dravid, Sachin Tendulkar, Sourav Ganguly and VVS Laxman and hence it was difficult to get a chance.

Badrinath had an illustrious domestic career and scored 10245 runs in 145 first-class matches at an impressive average of 54.49. The former Tamil Nadu skipper was known for his technically strong batting and retired last year.

However, it was never easy to get into the Indian team as a batsman when India had a potent batting line-up. In fact, Badrinath made his ODI debut against Sri Lanka at Dambulla in 2008 when Sachin Tendulkar suffered an elbow injury. He could only score 79 runs in six ODI innings and thus he was dropped.

Badrinath added that he could not have done anything different as a batsman as he was ticking the right boxes in the domestic circuit. However, he feels he could have concentrated more on his bowling to aim for the all-rounder spot in the Indian team.

“I tried everything within my reach. The batting order was really packed with Sachin, Rahul, Laxman, Sehwag, Gambhir and Yuvraj,” Badrinath told Hindustan Times. “But one thing that I may have done was focus a bit on my bowling. I could have aimed for that allrounder’s slot because I was a pretty decent offspinner and I’d taken some wickets.

“I also didn’t have help at the time. Rather than focussing entirely on my batting, I could have fitted as an all-rounder – batting at No. 6 or 7, be a third spinning option. Batting wise, I couldn’t have done anything more. I did my best.”

Meanwhile, Badrinath also had a decent run in the Indian Premier League while playing for Chennai Super Kings. Badrinath scored 1441 runs in 67 IPL innings at an average of 30.66.

In fact, there have been many batsmen who didn’t get many opportunities for the national team because of the strong Indian batting unit. There were hardly any chances as the aforementioned players would bat at the top of their game and the players who got their opportunities in between, had to grab them in the first attempt.

It was not easy to break into the middle order with players like Rahul Dravid, Sachin Tendulkar, VVS Laxman and Sourav Ganguly. All these players played for a long time and there was hardly any chance, even for the players who performed at their best in the domestic circuit.