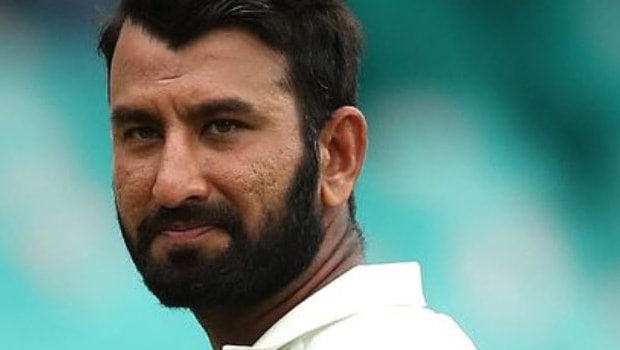 India’s Test specialist Cheteshwar Pujara is known to play big innings. Pujara loves batting for long hours and he can face a lot of deliveries to leave the bowlers frustrated. However, the foundation of the long innings is laid out in the initial phase, where Pujara likes to play cautiously to get used to the pitch.

It is well known that any batsman is his most vulnerable when he is fresh at the crease. Thus, it is important to be cautious in one’s approach and set the right platform for the innings. Pujara puts a price on his wicket and he will never throw away his wicket with a rash shot.

Settling into the crease is an art and every batsman has his own methods. Some batsmen can hit the ground running whereas some like Pujara need more time to get into the groove.

Pujara added that it is crucial to get used to the pace of the pitch and the visibility of different venues is different. Hence, it is imperative to take time in the beginning.

Pujara is also a rare breed of the current era who follows old school methods to set his batting pillars. The right-hander hardly hits the ball in the air and likes to give the first half an hour to the bowler when he is new at the crease.

“(I’m) not nervous, but you do need to be cautious in the beginning because of a few reasons. First, your body isn’t warmed up. Then, you have to get used to the pace of the pitch. The sight screen also varies from stadium to stadium. So the visibility is also different. So you need to get used to that. That’s why you have to be cautious so that you get into a rhythm,” Pujara stated on Sony Ten Pitstop.

In fact, the Saurashtra batsman has started his training in his own academy and he was seen facing some balls in the nets. It has been a long time since the right-hander has practiced and it must have been a good feeling for him.

On the other hand, Pujara was in sublime form on the previous tour of Australia in 2018-19. Pujara had scored 521 runs in four Test matches at an average of 74.43 and scored three centuries. The right-hander was awarded the Player of the series for his renditions.

Subsequently, Pujara will like to replicate the same form when the Indian team will tour Down Under later in the year. There is no doubt that Pujara will hold the key for the Indian team. The first Test match will take place at the Gabba, Brisbane from December 3.