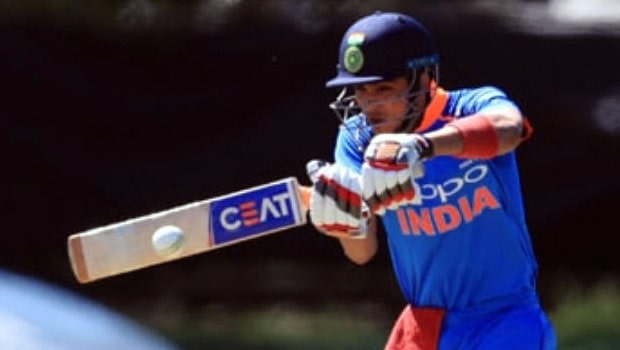 India’s talented opening batsman Shubman Gill has revealed that he used to be petrified while facing the bouncers in the early phase of his cricketing career. Gill, however, worked hard on facing the bumpers and stated he conquered his fear when he was hit by the ball on a couple of occasions.

The Australian pitches are known for their extra bounce but Gill looked at home while playing against short-pitched stuff from the quality Australian bowling line-up. Gill played the short ball with aplomb and got his runs against pacers like Josh Hazlewood, Pat Cummins, and Mitchell Starc.

In fact, Shubman’s father recently revealed that he bowled 1500 short balls to his son every day to help him prepare against the short deliveries.

“When you get hit by a ball, your fear disappears. You are only scared until you get a blow but once you get hit, you feel like it was pretty normal! And then you lose the fear entirely,” Gill was quoted as saying by his IPL franchise Kolkata Knight Riders on its website.

“When I was young, I used to be petrified of bouncers. I used to be prepared for the chest-height balls way in advance. I used to practice drives a lot so I got mature in playing the pull shot with a straight bat.

Shubman Gill has made an impressive start to his Test career. Gill made his debut in the Boxing Day Test match and returned with scores of 45 and 35*. Subsequently, he scored a fine fifty in the Sydney Test match.

However, Gill’s best knock of the series came when he scored 91 runs in the second innings of the Gabba Test match and helped lay down a perfect foundation for the run-chase of 328 runs.

Gill finished with 259 runs in three Test matches at an average of 51.80 and he has announced himself at the top level. Gill will be seen in action in the upcoming Test series against England as the first Test match will take place at MA Chidambaram Stadium, Chennai from February 5.