Home » Cricket » I used to be petrified of bouncers when I was young: Shubman Gill 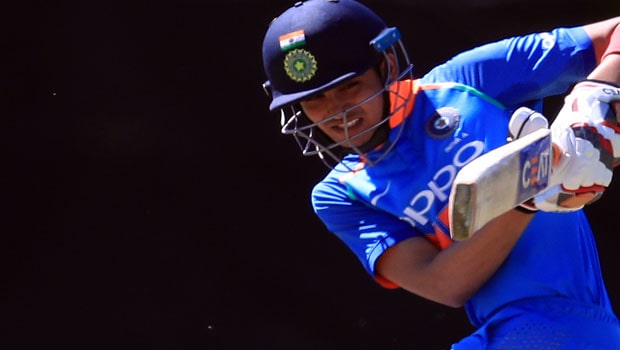 India batsman Shubman Gill admitted that he used to be “petrified” of bouncers when he was young. It was just some days back when the 21-year-old went hammer and tongs on the short-pitch deliveries served up to him by the Australian bowlers.

He appeared to be in full control as he registered his career-best score of 91 in only his third Test match. But as told by him, he wasn’t always this good against short-pitched deliveries.

“When I was young, I used to be petrified of bouncers. I used to be prepared for the chest-height balls way in advance. I used to practise drives a lot so I got mature in playing the pull shot with a straight bat,” Gill was quotes as saying by Kolkata Knight Riders’ official website.

“When you get hit by a ball, your fear disappears. You are only scared until you get a blow but once you get hit, you feel like it was pretty normal! And then you lose the fear entirely,” he added.

“I also developed one more shot where I move aside a little to play the cut. I used to feel scared of short deliveries so I always wanted to get away from the line of the ball and play the cut shot.

“These two-three shots were my favourite as a kid and now they have become a part of me.”

Not only this, Gill also went on to share a story from his childhood days in Mohali. It was about how he was scared of facing a particular fast bowler and how he overcame his fears.

“I was nine years old when I was asked to play in a higher age group match. There was a bowler in the academy, just like you find in every other academy, who was really fast. I was batting against him and was scared that I would get a bouncer to start with.

“So I had pre-decided that I would just duck it. He bowled a bouncer but pitched way ahead. I still squatted and saw the ball hitting the edge of my bat and racing to the boundary. I realised he was not that fast after all. Soon I hit 2-3 more boundaries.

“I was quite young so everyone was surprised. This helped me raise my confidence level. This incident just eliminated all kinds of fear from my heart for leather balls and bouncers.”

Gill’s 146-ball 91 helped India to register a memorable win at the Gabba. Apart from that, he had scored a fifty in the previous Test match at Sydney as well.