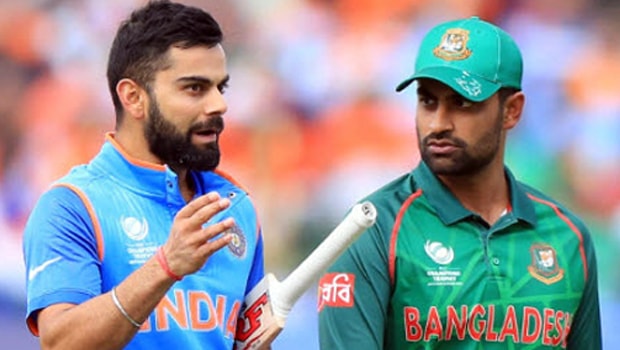 Bangladesh ODI skipper Tamim Iqbal has revealed that he used to feel ashamed two to years ago when he saw the training videos of Indian captain Virat Kohli. Iqbal believes that the Bangladesh cricket team changed their fitness regimes after they noticed the change in India’s training programs.

Thus, Tamim gave credit to the Indian team for playing a key role in changing Bangladesh’s methods. The Bangladesh opener added that being neighbours of India, the Tigers keep an eye on what Indian team is doing right.

Meanwhile, Virat Kohli is the fittest cricketer in the world. Kohli has paid special attention to his fitness and he has spent a lot of time in the gym. Furthermore, Kohli has completely changed his diet and he recently gave credit to trainer Shanker Basu whom he met at the Royal Challengers Bangalore.

Not only Virat Kohli has paid importance to fitness but also the whole team has embraced the culture. The Indian fast bowlers are fit as a fiddle and a lot of credit for their success goes to their fitness. Kohli has set a new benchmark and the current Indian team is one of the fittest units ever in the history of Indian cricket.

In fact, it has been made crystal clear by the selectors that the players who will not be able to clear the Yo-Yo Test will not get a place in the national side or they will be dropped.

Tamim Iqbal said while talking to Sanjay Manjrekar on ESPNCricinfo podcast, “Indian Cricket’s change in approach towards fitness influenced Bangladesh Cricket the most. I have no shame to tell you this. I think this should be out. 2-3 years back, when I sometimes used to see Virat Kohli doing all those gym things, running around, I honestly used to feel ashamed of myself. The guy of my age is training so much despite attaining success whereas I am not even doing half of what he is doing”.

The Indian team has reaped fruits for maintaining the fitness and the Indian skipper Virat Kohli has played a key role in motivating the players to work hard. The same energy has rubbed on to the shoulders of the Indian players and they have trained harder.

On the other hand, Bangladesh cricket team has also shown an upward swing in their improvement graph. Bangladesh is now more consistent in their performances and their players have started to adopt fitness more seriously in the recent past.