Home » Cricket » I want to be compared with Pakistan legends, not Virat Kohli – Babar Azam

I want to be compared with Pakistan legends, not Virat Kohli – Babar Azam 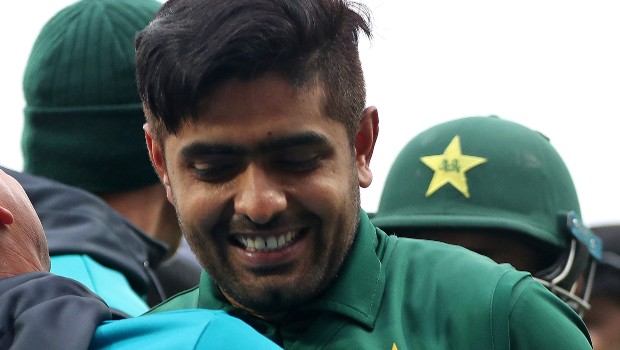 Pakistan’s limited-over captain Babar Azam has stated that if he is to be compared with different players, then he would be happy if he is likened with Pakistan legends like Javed Miandad, Younis Khan and Inzamam-ul-Haq. Azam is often compared with Indian captain Virat Kohli but the former doesn’t want to be compared with Kohli.

Meanwhile, some of the Pakistan cricket boffins like Younis Khan and Mohammad Yousuf feel that comparing Virat Kohli and Babar Azam is not fair as the former has played more than twice than the latter. Kohli had made his debut back in 2008 whereas Azam had announced himself at the big stage in 2015. Kohli is more experienced than Azam and has achieved great success in his illustrious career.

Babar Azam is currently the number one batsman in the T20I format whereas Kohli is the number one in ODI and occupies the second place in Test rankings. Kohli has been a consistent performer for the Indian team while Azam has also shown great skills to go a long way in his career.

“If you want to compare me with someone, I would like to be compared to Pakistan’s players, instead of Virat Kohli. We have had legends like Javed Miandad, Younis Khan, Inzamam-ul-Haq. If you compare me to these legends, I will like it more and feel proud of my accomplishments,” Azam told reporters in a teleconference.

There is no doubt that Azam is going to hold the key to Pakistan’s batting unit and the visitors would want their talisman to be at the top of his game. Pakistan will play three Test matches and as many T20Is against England.