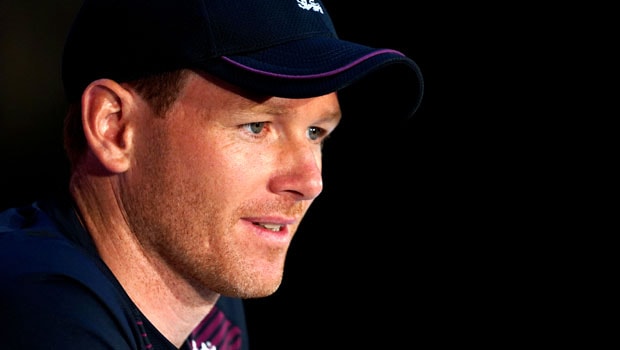 England limited-overs captain Eoin Morgan wants to learn as much as he can while playing under the leadership of Kolkata Knight Riders captain, Dinesh Karthik. Morgan, who was bought by the franchise for INR 5.25 crores in the IPL auctions, is looking forward to be Karthik’s helping hand in the league.

Eoin Morgan had led England to World Cup glory for the first time as they had defeated New Zealand by boundary count rule in the final. Morgan has led the English side from the front and he was the one who had turned the tables for the side after their early 2015 World Cup exit.

Since then, England has been known to play aggressive cricket and the results have been palpable. On the other hand, Morgan wants to learn the dynamics of the captaincy while leading the team in the Indian conditions. Morgan wants to pick Karthik’s brain and also serve as a helping hand whenever the situation demands.

“I’ve spoken to DK a lot and I met up with him just before Christmas when I was out in Mumbai. He’s a fantastic guy, a great cricketer and I’m looking forward to helping him in whatever way I can. While I’m here to help, I also want to learn as much as I can from him. There are a lot of dynamics about being a captain when you’re playing in India that I don’t know about, I’ll be picking his brain the whole time” Eoin Morgan told KKR website.

Morgan was part of Kolkata Knight Riders’ maiden IPL triumph back in 2012 under the leadership of Gautam Gambhir. The southpaw didn’t play any matches but it was a great learning experience for him to be just around the team.

Meanwhile, Eoin Morgan hasn’t had a great time while playing in the IPL. The left-hander has scored 854 runs in 52 matches at a paltry average of 21.35. However, Morgan last played an IPL match back in 2017 when he featured for Kings XI Punjab. There is no denying the fact that Morgan is a different batsman now and his pyrotechnics need no introduction.

The England captain has scored 2138 runs in 89 T20I matches at an average of 30.99 and a blistering strike rate of 137.49. Morgan has the skills to hit the ground running and he is a dangerous batsman if he gets going. Thus, Morgan will like to deliver the goods with the bat for Kolkata Knight Riders in the 13th season of the IPL. However, the tournament is hanging fire due to the outbreak of coronavirus.