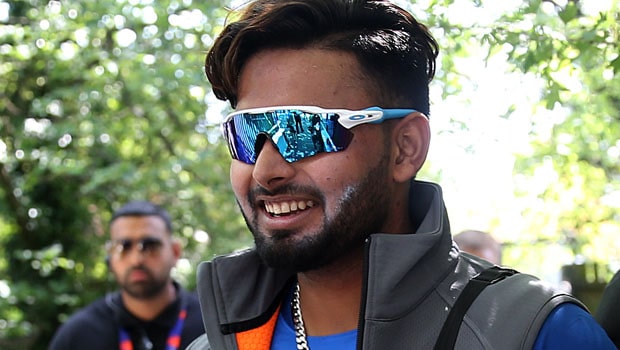 Rishabh Pant is not the next MS Dhoni, he is the first Rishabh Pant. India’s swashbuckling wicket-keeper batsman Rishabh Pant is the cynosure of all eyes since he played a match winning knock of 89 runs in the second innings of the Gabba Test match against Australia. Pant played one of his best knocks as he took the Indian team to a memorable win in the fourth Test match.

Pant had also scored a fine knock of 97 runs in the second innings of the Sydney Test match and had given a glimmer of hope to the Indian team to chase down the total. However, Pant was dismissed after playing a rash shot but he corrected his mistake at the Gabba.

Meanwhile, since Pant has made his International debut, there have been unprecedented comparisons between him and former Indian skipper MS Dhoni. It doesn’t make much sense to compare the two as Dhoni has all the experience under his belt whereas Pant has only started his International journey only three years ago.

In fact, Pant has been booed by the Indian crowd whenever he has dropped a catch and the crowd has chanted MS Dhoni’s name, which is a tad unfair on the youngster. Pant stated that he wants to make his own name and he doesn’t want to be compared with a stalwart like MS Dhoni.

Pant said as per an ANI report, “It feels good when you are compared to someone like MS Dhoni but I do not want people to make comparisons. I want to make my own name in the Indian cricket team. That is the only thing I am focused on. Also, it is not good that you compare a legend with a youngster.”

Indian team was able to retain the Border-Gavaskar series by 2-1 as they won the final Test match at the Gabba by three wickets.

Pant added, “I am so happy that we retained the trophy. The whole team is very happy.”

Rishabh Pant is known for his blistering batting and he can take the game away from the opposition in a jiffy. Pant showed exactly the same in the Brisbane Test as he played a knock which will be remembered for a long time. The pugnacious southpaw batsman scored 274 runs in three Test matches at an impressive average of 68.50 and ended as India’s leading run-getter in the Test series on tour Down Under.