Home » Cricket » I was coached to be a Test player, felt insecure after getting dropped from the ODI team in 1998 – Rahul Dravid

I was coached to be a Test player, felt insecure after getting dropped from the ODI team in 1998 – Rahul Dravid 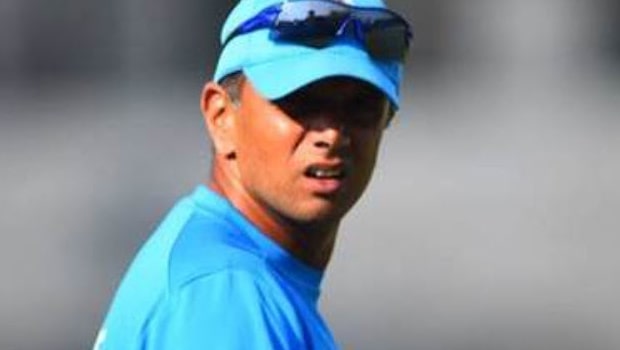 Former Indian captain Rahul Dravid has revealed that he battled insecurities when he was dropped from the ODI team in 1998. Dravid was dropped from the 50-overs team due to his low strike rate. The former right-hander was not able to rotate the strike at regular intervals and this led to his ouster from the team.

Subsequently, there were questions raised in Dravid’s mind if he is good enough to play ODI format. Dravid always wanted to be part of the ODI set up but he was always coached to be a Test batsman. Hence, it was not easy for him to make the switch and he struggled in the early phase of his ODI career.

However, Dravid went back to the domestic circuit and worked on his game. Dravid focussed more on rotating the strike at regular intervals and he was able to make a comeback into the coloured jersey. Dravid was the highest run-getter in the 1999 World Cup as he scored 461 runs at an average of 65.85 in eight matches at an impressive strike rate of 85.53.

Dravid didn’t look back after that and finished with 10889 runs in his illustrious ODI career of 344 matches. Consequently, he was able to give his best to the team and went on to have a successful career in both the formats.

Rahul Dravid said while talking to India’s women team coach WV Raman on YouTube, “There have been phases in my international career [when I felt insecure]. I was dropped from the ODI team in 1998. I had to fight my way back in, spent a year away from the game”.

“There were certain insecurities then as well about whether I’m a good enough one-day player or not because I had grown up wanting to be a Test player, was coached to be a Test player – hit the ball on the ground, don’t hit the ball in the air, coaching like that. You sort of worry whether you had the skills to be able to do it.”

Rahul Dravid was able to turn the tables and proved his mettle. Dravid went on to achieve great heights in his ODI career and he gained confidence after his performances in the 1999 World Cup. The right-hander was at his best and did a fine job for the Indian team in the middle order. Dravid scored 12 ODI centuries and 83 fifties in his long career.

On the other hand, Dravid achieved even better success in the Test fold. The solid batsman went on to score 13288 runs in 164 Test matches at an average of 52.31.