Home » Cricket » I was definitely feeling under pressure – Jos Buttler

I was definitely feeling under pressure – Jos Buttler 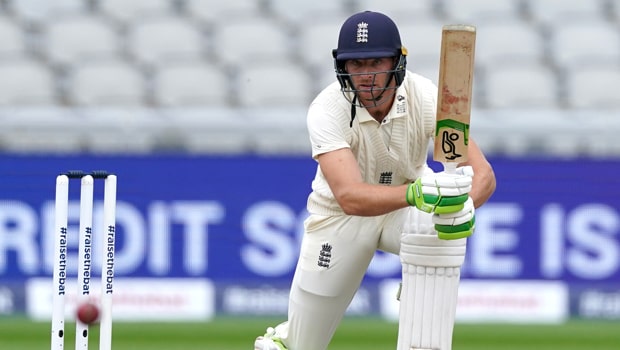 England wicket-keeper batsman Jos Buttler has admitted that he was definitely under the pump before scoring a fifty in the ongoing deciding match against the West Indies. Buttler had got off to starts in the first two Test matches but he was not able to get a big score. In fact, Buttler had not even scored a fifty in his last 12 Test matches.

With Jonny Bairstow waiting in the wings, there was pressure on Buttler to get some runs. However, England’s head coach Chris Silverwood had put his weight behind the wicket-keeper batsman.

England were in a spot of bother at 122-4 when Buttler joined forces with Ollie Pope on the opening day of the third Test. The right-hander, who is known for his attacking batting in the limited overs format, took his time in the initial phase. Buttler adopted a sedate approach and backed his defence against the West Indies bowlers.

Subsequently, as Buttler gained confidence, he started playing his shots. He scored two sixes and seven fours in his knock of 67 runs, which came off 142 balls. Consequently, Buttler added 140 runs with Ollie Pope to get England into a commanding position. It was Buttler’s 16th Test fifty as he got some crucial runs for himself and his team.

Buttler said, “Yes, naturally, but I think time in the middle gives you confidence and obviously I hadn’t been doing that.

“I was definitely feeling pressure. I’ve played long enough now to understand when you’re under pressure and it’s on your shoulders and how to deal with it,” he told Sky Sports.

Jos Buttler must have received a shot in the arm after scoring the valuable runs for the team. The knock has come at just the right time for England’s wicket-keeper and he would like to continue his good form going in the forthcoming Test series against Pakistan.

In fact, Buttler could have gone on to score his second Test century but he was dismissed on the second day when Shannon Gabriel produced the outside edge of his bat, which was taken brilliantly by Jason Holder at second slip.

England have put themselves in a commanding position with West Indies on the ropes at 137-6, still trailing hosts’ first innings total of 369 runs, by 232 runs.