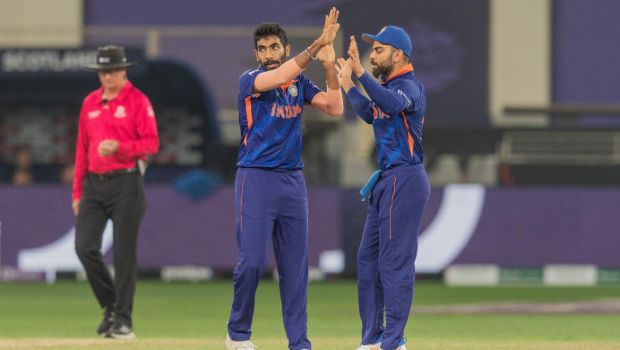 Former Indian national selector Saba Karim has stated that he was not expecting Jasprit Bumrah to be made the vice-captain for the upcoming three-match ODI series against South Africa and feels Rishabh Pant should have been given the opportunity.

As Rohit Sharma was ruled out due to a hamstring injury, KL Rahul was appointed as the ODI captain for the South Africa series while Bumrah has been named as his deputy.

Meanwhile, Bumrah doesn’t have a lot of experience in leading the team and it would be the first time in his career that he has been given a leadership role. On the other hand, Rishabh Pant had recently led Delhi Capitals in the Indian Premier League and had taken the team to playoff stages.

Pant has been deemed as a future leader by a lot of cricket experts and he is expected to be given a leadership role.

“His [Pant’s] performances as captain of the Delhi Capitals have been very good. We are seeing how he reads the match, he has a lot of game awareness.

“Jasprit Bumrah has the talent, his role is very important for the Indian team but he has not captained anywhere till now. So it is slightly surprising. I was feeling that Rishabh Pant was the first candidate as vice-captain.”

He said on the same platform, “I have said earlier as well that Jasprit Bumrah is captaincy material. It is a huge myth that fast bowlers cannot be captains. Fast bowlers read the game very well and the big reason for Jasprit Bumrah being made the vice-captain is that he is a performer across the formats.”

The first ODI between South Africa and India will be played at Paarl on 19th January.