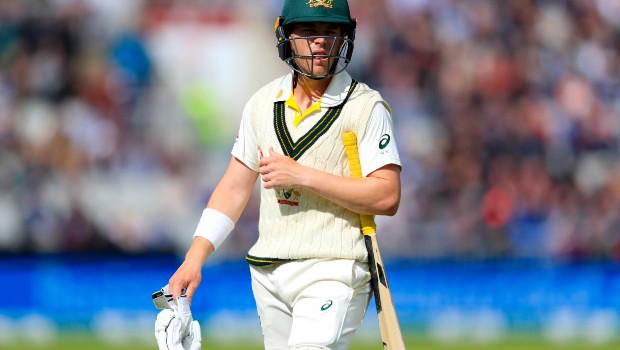 Australia’s opener Marcus Harris has revealed that he was scared to face the Indian pace battery during the four match Test series against India in 2018-19. Harris had made his debut in that series and as expected he must have been a bit nervous to face the new ball against the Indian bowlers.

The Indian fast bowlers have shown an upward swing in their improvement graph and Ishant Sharma, Jasprit Bumrah and Mohammad Shami were all at their best in that series. The Indian fast bowling was on fire as they were bowling at the top of their game. The pace trio had collectively scalped 48 wickets in the series and they were instrumental in the team’s success.

Harris was peppered with the short stuff and he was also hit on the head in the second Test match at Perth. The match was played on a green top at the new Optus Stadium and opening the batting was not an easy task. The hosts had a lead of 43 runs and it was up to Harris and Finch to give another good start to their team.

Both the openers had done a fine job in the first innings as they had added 112 runs for the opening alliance with Harris scoring 70 runs whereas Finch had scored 50.

“I was scared… Facing that attack (Indian fast bowlers) on that wicket (Perth) was scary. It might have looked good on TV, but it was scary in the middle,” Harris said in Amazon’s recently-released series ‘The Test’.

Meanwhile, Marcus Harris had impressed in his maiden Test series as he had shown the right temperament. The southpaw batsman scored 258 runs in the eight innings at an average of 36.86. In fact, the left-hander was the top-scorer for Australia in the four-match series, which India went on to win by 2-1.

Australia won the second Test match at Perth by a huge margin of 146 runs after the visitors were skittled out for 140 runs in the second essay.

However, Virat Kohli’s men bounced back in style to win the third Test at MCG by 137 runs. The tourists registered their maiden series win on the Australian soil after the fourth Test ended in a stalemate.