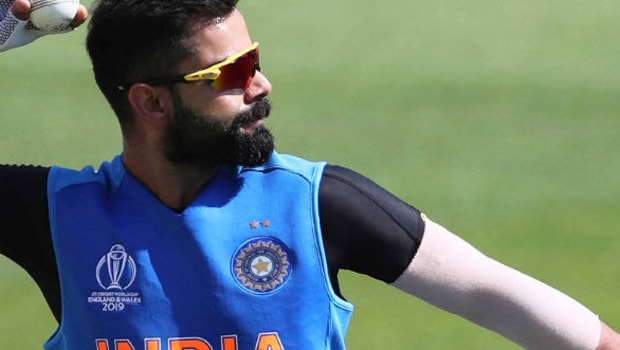 The Indian captain Virat Kohli has revealed that he is not going to take it easy till the time he is playing the sport. Kohli added that he will continue to train like a maniac before he is finished in his International career. The Indian skipper’s hunger to improve himself is insatiable and he always likes to give his 120% on the field.

There are no double thoughts in Kohli’s mind and he wants to give it all till he is playing. Kohli is well known for his passion and drive towards getting the best out of himself and his players. Thus, he wants to leave no stone unturned in his training while he is playing for the national side.

Kohli is one of the fittest players in the world and he has reaped fruits for his hard work. The talisman knew he had to change his eating habits and fitness regimes to dominate the cricket world. Consequently, Kohli did all that was needed and he hasn’t looked back since then.

The Indian skipper gave credit to Shanker Basu, who is the head strength and conditioning coach of the national side. Kohli recalled he met Basu at the Royal Challengers Bangalore and his life changed for the good after meeting the trainer.

“It (fitness and training) is everything for me, I would not take credit for it, for me the biggest factor for my career going in another template has to be Shanker Basu. He was a trainer at RCB, he introduced me to lifting. I was a bit hesitant, I had some back issues, it was a totally new concept for me. But within three weeks I was amazed at the results that followed,” Kohli told Chhetri in Instagram live interaction.

“After that, he worked with me on my diet, I started paying attention to what was happening with my body, that’s when I realised that because of my genes, I have to work twice or thrice on my body, I am doing the basic thing which my career requires me to do. Till the time I am playing the sport, I will be a maniac, if you are playing for the country, you have to work hard, if you cannot do that, then you should step away,” he added.

Kohli has not only worked hard on his fitness but the Indian skipper has also inspired his teammates to take their fitness goals to a new level.

In fact, it has been made clear by the Indian board and team management that every player must meet the fitness standards, which is set by them. Kohli has set the benchmark for his players and the teammates are following their captain’s footsteps.

Furthermore, any player who fails to clear the Yo-Yo Test is not considered for national selection. Many players who haven’t passed the test, have been dropped from the side in the past.