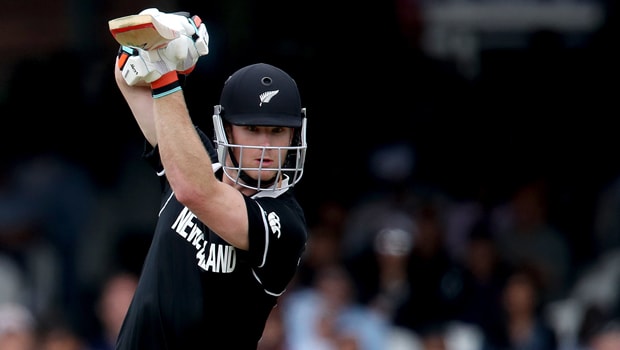 Cricket is a game of margins or inches. Those inches could be the difference between winning and losing. The margin of error is minimum and the one who gets it right, generally goes on to win the match. The 2019 World Cup final between England and New Zealand was one such clash for the ages, where those inches were the eventual difference between the two sides.

Both the teams were on par with each other and they had to be separated by the boundary count rule, which goes to show how close the match was. The Kiwis scored 241 and England followed suit.

Martin Guptill was on strike when two runs were needed for New Zealand to lift their maiden World Cup. The right-hander played it towards the cow corner but felt 20 centimetres away from making his ground for the second run. Jos Buttler did the rest and the England team celebrated like there was no tomorrow.

New Zealand’s all-rounder James Neesham was at the other end and there is no doubt that the epic final will always haunt him. Neesham added that he will think about those 20 centimetres for the next 50-years of his life.

“I think first and foremost you’ve got to take care of what’s in front of you. Being at one of the hotspots in the field during the death overs (at long-on), I sort of knew that it would be a high chance I had to do something in the field before I batted,” Neesham told ESPNCricinfo.

“When we got out to bat, obviously getting 16 in a Super Over to win is almost unreachable. So, the pressure was pretty well off because I guess no one is going to blame you for not getting 16. It was all about making contact as long as possible but yeah 1 run, 20 centimetres short? Will think about those 20 centimetres for the next 50 years.”

Neesham had a great World Cup final as an individual but the end result must have been hard to swallow. The southpaw batsman scored 19 runs whereas he scalped three wickets in the second innings. Neesham had also smashed a six in the Super Over against Jofra Archer to keep the Blackcaps in the contest but it wasn’t to be. The medium pacer also scalped 15 wickets in the 10 matches of the World Cup whereas he scored 232 runs in eight innings in the ODI showpiece.