Home » Cricket » I will want Prithvi Shaw to play all the six matches: VVS Laxman

I will want Prithvi Shaw to play all the six matches: VVS Laxman 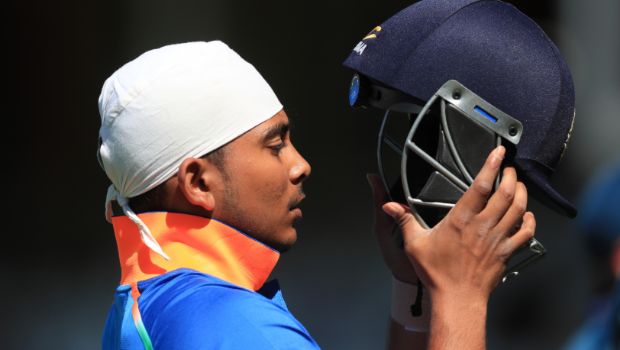 Shaw has been in impressive form in the recent past and he is going to hold a key in the upcoming series. The right-hander is known to hit the ground running and he can provide quick starts to the Indian team while opening the innings with skipper Shikhar Dhawan.

Dhawan and Shaw also opened the innings for Delhi Capitals and they are going to have a good understanding while opening for the national team. On the other hand, Shaw scored 308 runs in eight matches while playing for Delhi Capitals in IPL 2021 before the tournament was indefinitely suspended by the Indian board.

“I will want Prithvi Shaw to play all the six matches, not only the ODIs but T20Is as well. No one has any doubt about his ability.”

Meanwhile, Shaw was dropped from the national side after he could not deliver the goods in the first Test match against Australia and thus he needs to make a comeback in the main squad of the national team.

“This will definitely be an opportunity for him because he has to make a comeback in all formats, not only in white-ball cricket but in Test matches as well.”

Furthermore, the talented batsman from Mumbai scored 827 runs in eight matches of Vijay Hazare Trophy and batted at the top of his game. Shaw broke Mayank Agarwal’s record of scoring most runs in one edition of Vijay Hazare trophy and led Mumbai to glory in the domestic tournament.

Laxman added that he was impressed with Shaw’s captaincy in the Vijay Hazare trophy.

“More than the IPL, I was impressed with his performance as a captain in the Vijay Hazare tournament because he was dropped from the Indian team and there was a lot of discussion about his technique.”

“We saw the hunger in him in the Vijay Hazare tournament, match after match not only centuries but match-winning knocks, highest run-getter in the tournament as a captain. Secondly, we also saw the change in his technique in the IPL. This is what you want to see from a young batsman.”