Home » Cricket » I would like to face Glenn McGrath – Rohit Sharma

I would like to face Glenn McGrath – Rohit Sharma 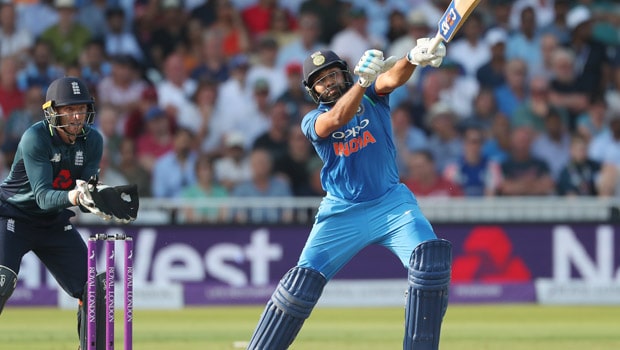 India’s limited overs vice-captain Rohit Sharma has stated that he would have liked to face Australian legendary fast bowler Glenn McGrath. McGrath was known for his accurate line and length and bowled with great control throughout his career. The right-arm pacer was known to trouble the batsman with good line and length and he was always hard to score runs against.

On the other hand, Rohit Sharma has been in sublime form in the last couple of years. Thus, it would have been a fascinating battle had Glenn McGrath bowled to Rohit Sharma.

When a Twitter fan asked Rohit Sharma which previous generation bowler he would have liked to face, Rohit answered: “I would like to face Glenn McGrath.”

Meanwhile, Glenn McGrath is the fifth highest wicket-taker in the Test format as he had scalped 563 wickets in 124 Test matches. The right-arm bowled with an impeccable average of 21.64 in his Test career. Furthermore, McGrath took 381 wickets in 250 ODI matches at an impressive average of 22.02.

McGrath was never known to veer off the track and the margin of error was minimum in his bowling. He used to keep it tight and hardly any freebies to the batsman.

On the other side, Rohit has done a fine job for the Indian team. The flamboyant batsman was the highest run-getter in the 2019 World Cup as he had amassed 648 runs in nine matches at an average of 81. The right-hander has been a consistent performer in the limited overs format.

Rohit will lead reigning champions Mumbai Indians in the upcoming IPL, which will begin in the UAE from September 19. Rohit is the most successful IPL captain as he has led Mumbai Indians to four IPL titles.