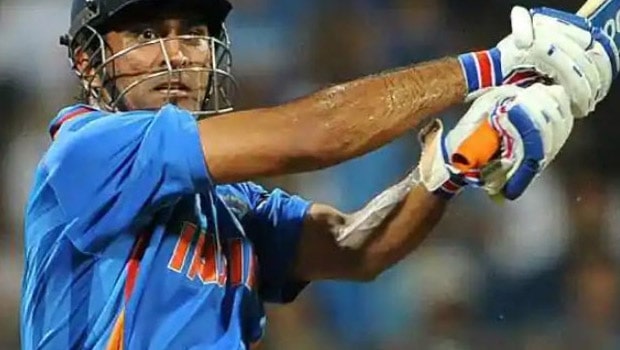 MS Dhoni’s match winning six in the final of the 2011 World Cup final against Sri Lanka is written in the golden pages of Indian cricket. Dhoni finished the match in style when he launched Nuwan Kulasekara’s delivery to a massive six over the long-on boundary. With it, India ended its 28-years of wait for the World Cup and Dhoni was awarded the Man of the match for scoring 79-ball 91.

Former Indian skipper Sunil Gavaskar has revealed that he would like to see that iconic six of MS Dhoni if he gets a chance to do so before saying goodbye to this world. Gavaskar told the same to MS Dhoni during IPL 2011 after the World Cup.

In fact, Dhoni wasn’t in the best of forms in the 2011 World Cup but decided to promote himself ahead of in-form Yuvraj Singh. Dhoni wanted to keep the right and left-hand combination going as he joined forces with Gautam Gambhir. Both Gambhir and Dhoni went on to add 109 runs to take India closer to the target of 275 runs.

“A few days later IPL started, Chennai Super Kings (CSK) were playing their first match and I was at the ground. I met MSD and said, ‘look in this world if I’ve got a couple of minutes left, I’m gonna ask someone to put that shot on because I’d love to see that shot and say goodbye to this world,” Sunil Gavaskar told India Today.

On the other hand, Sunil Gavaskar feels there was a lot in common in the leadership of MS Dhoni and Kapil Dev. Both the captains lead from the front and took Indian cricket to great heights during their respective tenures. However, Gavaskar believes Dhoni will edge past Kapil Dev if he has to name a captain for all-time Indian XI.

Meanwhile, MS Dhoni decided to call time on his International career on August 15 by announcing the same through an Instagram post, bringing down the curtains on an illustrious career of 15 years. Dhoni last played for the national team in the 2019 World Cup semi-final against New Zealand, in which he was run-out after scoring a fifty.

The legendary wicket-keeper batsman would be seen leading Chennai Super Kings in the upcoming IPL, which will take place in the UAE from September 19.