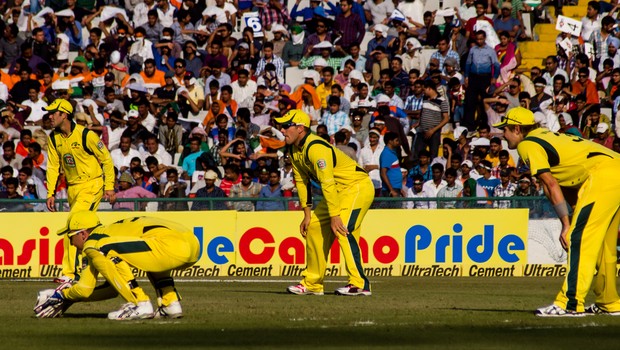 Australia’s limited overs captain Aaron Finch is looking forward to playing under the leadership of RCB captain Virat Kohli in the Indian Premier League. Finch was roped in by RCB for INR 4.40 crores in the IPL 2020 auction. Finch has stated that he would like to make the most of his experience and he would try to take the pressure off Virat Kohli’s shoulders in the tournament.

Finch is expected to open the innings for the franchise and if he can provide a good start to the team, it will take a burden from the shoulders of Virat Kohli and AB de Villiers.

The team has been dependent on Virat Kohli and AB de Villiers for the majority of their runs and hasn’t had a stable opening pair after Chris Gayle and KL Rahul.

Ergo, Finch is a great addition to the RCB unit and he has all the skills to deliver the goods for the franchise, which is yet to win a single edition of the IPL.

“It will be my first time playing under Virat’s leadership but something I’m very excited about. Having played against him for a number of years now in international cricket and IPL I know how driven and competitive he is, that is something I’m looking forward to seeing up close,” Finch told ANI.

“I hope that my experience will come in handy, being able to help out anyone I can during the IPL. If that means I can help take some pressure off Virat then I will do everything I have to.”

Aaron Finch is expected to open with Parthiv Patel and he would like to be at the top of his game in the IPL, which is all set to begin from September 19 in the UAE.

Finch has played for a lot of franchises in the past such as Sunrisers Hyderabad, Gujarat Lions, Mumbai Indians, Pune Warriors and he would look to make the most of his experience.

The right-hander has the skills to get going from the word go and he can take the attack to the opposition in the powerplay overs.