I wouldn’t survive, look at the strike rates – Rahul Dravid on International cricket of today 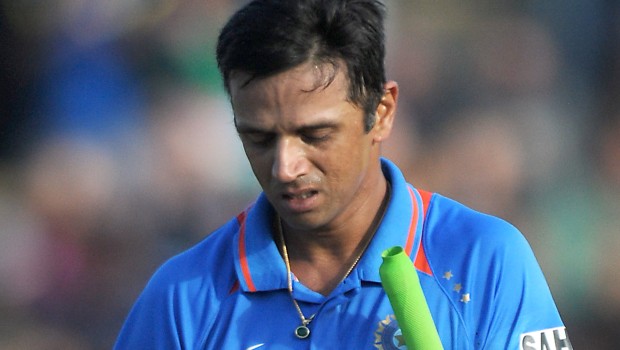 India’s former legendary batsman Rahul Dravid has made a humble admission that he wouldn’t have survived in the current era, where the batting strike is shooting through the roof. Dravid had a strike rate of 71.24 in his long ODI career of 344 matches in which he scored 10889 runs at an average of 39.17.

However, back in Dravid’s playing days, a strike in the early seventies was the norm. In fact, only players like Virender Sehwag, Sachin Tendulkar, Shahid Afridi and Ricky Ponting had a higher strike rate but most of the players had a strike rate of less than 75.

Meanwhile, Dravid was initially dropped from the ODI side due to his mundane strike rate. However, Dravid worked on his game to pick up more singles and made a comeback into the blue jersey.

On the other hand, Indian captain Virat Kohli and vice-captain Rohit Sharma have an impressive strike rate of 93.25 and 88.93 respectively. However, one can argue that the playing laws are different in contemporary cricket.

Only four fielders are allowed between overs 11-40 and two new balls are used in the 50-overs version, which has made life easier for the modern day batsman. Furthermore, the T20 format has had a deep impact on the game and the batters are more attacking in their approach.

Rahul Dravid also admitted the fact that he always wanted to focus his energy on the Test format, as it is the ultimate form of the game.

“Of course I wouldn’t have survived today if I batted the way I did in my days. Look at the strike rates today. While my strike rate in ODI cricket wasn’t up to the level of Sachin’s or Viru’s but that’s the level that we played at back then,” Rahul Dravid said while talking to Sanjay Manjrekar on ESPN Cricinfo podcast.

“Obviously I can’t compare myself to Kohli or Rohit Sharma because they have blown the ODI paradigm to an all new level. But to be fair I grew up wanting to be a Test player,” he asserted.

In fact, it is well said that a good Test batsman will mostly be a good ODI or T20I batsman but the vice-versa might be true in most cases. Dravid was one of the best Test batsmen to have ever played and he found a way to come up with success in the ODI format.

Dravid knew that he had to mould his game to make a place for himself in the 50-overs format and he was able to have a great ODI career. The former Indian captain is not known much for his ODI records but scoring more than 10,000 runs was not a cakewalk. Dravid is never given credit for his white ball annals but he was India’s strength in the middle order and performed his role with great succes.