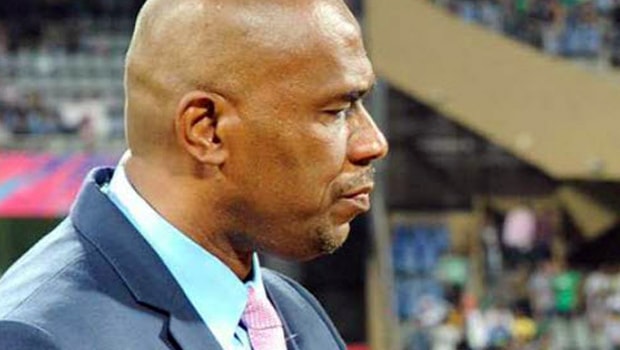 Former West Indies fast bowler Ian Bishop has picked his ODI team of the last decade 2010-2019. Bishop selected former Indian skipper MS Dhoni as the wicket-keeper and captain of the side. Rohit Sharma and David Warner open the innings for Bishop.

AB de Villiers also makes the cut into the side as he scored 6485 runs in 135 matches at a staggering average of 64.20. New Zealand talisman batsman Ross Taylor also gets a place in the side and Bishop added Taylor is not often recognised for his consistent performances.

MS Dhoni bats at number six for his ability to finish the matches. Dhoni amassed 5640 runs in 196 matches at an average of 50.35 in the last ten years.

Mitchell Starc, Dale Steyn and Lasith Malinga constitute the pace battery of Ian Bishop’s side. Starc has been the leading wicket-taker in the last two World Cups and he has scalped 172 wickets in 85 matches at an average of 20.99. Steyn is known to trouble the best in the business and the Proteas pacer snared 145 wickets in 90 matches at an average of 24.80 in the last decade.

Lasith Malinga is the leading wicket-taker of the previous decade as the Sri Lankan legend has 248 wickets in 162 matches at an average of 28.74. Afghanistan’s Rashid Khan also makes the cut into the side as the leg-spinner claimed 133 wickets in 71 ODI  matches at a sublime average of 18.54.