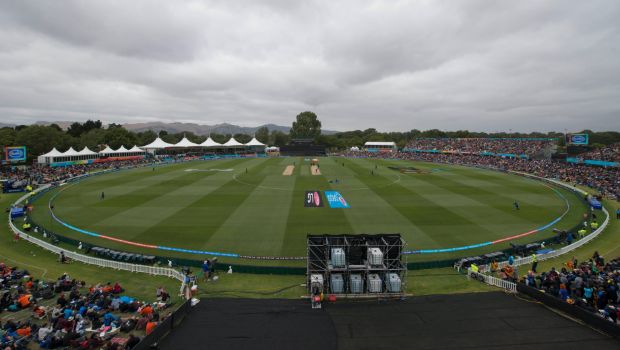 The International Cricket Council announced the team of the tournament for the T20 World Cup 2021 on Monday.

ICC named three Australians, two England, two Sri Lankan, two South African, one Pakistan, and one New Zealand player in their best XI of the tournament but there was no place for any Indian player.

Babar Azam, who top-scored in the tournament with 303 runs in six matches, has been named as the skipper of the team.

David Warner, who was named as the Player of the tournament has been picked as an opener along with Jos Buttler. Warner scored 289 runs while Buttler amassed 269 runs for England in the T20I World Cup.

Babar Azam bats at number three in the ICC team of the tournament. Charith Asalanka makes the cut into the team as the left-hander from Sri Lanka scored 231 runs in six matches. Aiden Markram bats at number five in the team as he scored 162 runs in five matches at an impressive average of 54 and a blistering strike rate of 145.94.

Moeen Ali is the spin all-rounder of the team while Wanindu Hasaranga and Adam Zampa are the main spinners. Hasaranga ended the tournament as the highest wicket-taker with 16 wickets in eight matches while Zampa snared 13 wickets in seven matches for Australia and thus played a key role in his team’s title triumph.

Josh Hazlewood, Trent Boult, and Anrich Nortje constitute the pace battery of the team. Boult scalped 13 wickets in seven matches while Hazlewood took 11 wickets in as many games. Nortje on the other hand took nine wickets in five matches for South Africa.

Shaheen Shah Afridi has been named as the team’s 12th man.