Home » Cricket » ICC Announces WT20WC team of the Tournament, Includes Only One Indian

ICC Announces WT20WC team of the Tournament, Includes Only One Indian 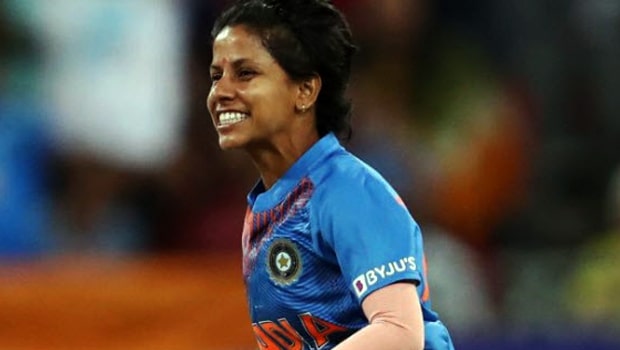 The International Cricket Council has announced the team of the tournament for the T20 World Cup, which ended with hosts Australia bagging their fifth title after thumping India by 85 runs in the final. As many as five Australian players make the cut into the team whereas a solitary Indian player was able to break into the side.

Australia’s openers, Alyssa Healy and Beth Mooney who both tormented the Indian attack in the final of the competition, opens the innings in the ICC team of the tournament. Healy scored 236 runs at 39.33 and also affected seven dismissals in the tourney whereas Mooney top-scored with 259 runs at an average of 64.75.

England’s Nat Sciver who scored 203 runs at a stunning average of 67.33 in only four innings of the tournament also makes it to the side. England skipper Heather Knight, who ended up with 193 runs at an average of 64.33 bats at number four.

Australia’s skipper Meg Lanning scored 132 runs at an average of 44 and she leads the ICC team of the tournament. South Africa’s batswoman Laura Wolvaardt who scored 94 runs in two innings at a staggering strike rate of 149.21 gets a place in the side.

Australia’s left-arm orthodox, Jess Jonassen who bagged three wickets in the final to finish with 10 wickets in the mega-event at an average of 14 also finds a place in the side. England’s Sophie Ecclestone who scalped eight wickets at an outstanding average of 6.12 and economy of 3.23 is named in the team of the tournament.

England’s pacer Anya Shrubsole who finished with eight wickets in four matches at an average of 10.62 and Australia’s fast bowler Megan Schutt who took four wickets in the final to end up as the leading wicket-taker with 13 wickets at 10.30, constitute the pace battery.

India’s spinner Poonam Yadav who had snared 10 wickets at an average of 11.90 is the only Indian in the side. 16-year old Shafali Verma who impressed with her pyrotechnics, as she smashed 163 runs at a strike rate of 158.25 is the 12th woman of the side.

Here is ICC Team of the Tournament: